by Nick Warren
View ProfileTwitterInstagramRSS Feed
January 18, 2017 at 9:00 AM 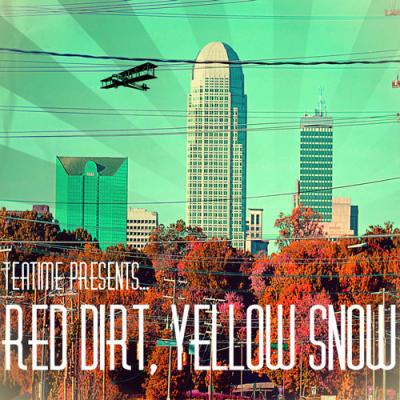 Fuzzy, imaginative, and just a little demented, Red Dirt, Yellow Snow brings together a myriad of fantastic elements. Behind it all is multi-hyphenated mastermind Jack Rys, who previously led the area band Teatime for Three (as well as all its various monikers). The Erie native now attends NYU, having recently completed his feature length film Paper Planes. This album starts off with a "Duck and Cover" sample from the atomic age, giving way to a mournful chord organ refrain. Harmonic minor melodies are sung as a dirge through thick vocal distortion a la Tom Waits or Jack White. Rys plays a wide variety of instruments on the record, accompanied by trumpet, french horn, flute, and fiddle players blanketing the album with luscious textures. Tracks such as "Highway Run" and "Shave Your Head" put early-century folk songwriting to modern use against the buzz of banjos and kazoos, the former even name-checking various Erie roadways. The lo-fi garage sound is cranked up in tracks like "Bloody Nose." The last two tracks are pure gritty perfection. Their combined 13 minutes build slowly, psychedelic and beautiful.