Judge Trims Number of Mike Kelly's Democratic Challengers to One 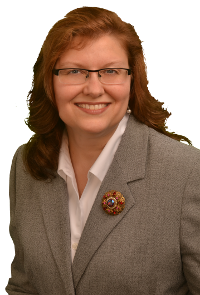 Neither Mel Marin nor George Schroeck will be on the ballot in the Democratic primary for the 3rd Congressional District. Commonwealth Court Judge Bernard McGinley gave orders on March 5th to remove Marin from the ballot and today, likewise, for Schroeck.

That leaves Missa Eaton, an assistant professor of psychology at Penn State Shenango. Several Democratic sources indicate that Eaton had been the party's favorite to challenge Kelly.

According to the report, Mel Marin was "unfindable," his listed address "a broken-down house, boarded up with a padlock on the front door."

Neither Marin nor Schroek gathered the 1,000 signatures required to appear on the ballot, ruled judge McGinley.

That leaves Missa Eaton as the sole Democrat in the PA3 race.