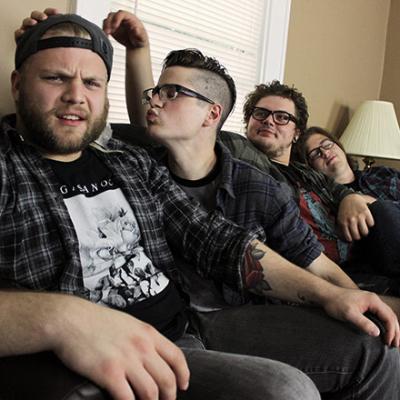 Jurassic Skatepark's previous release from April 2016, Temperament, was both upbeat and pissed off, while musically taking heavy influence from "easycore" bands such as Four Year Strong, City Lights, and A Day to Remember. Ryan Rosenthal, who performs double duty on guitar and vocals, says the band will be mixing it up a little more on the six-song EP Dog Years. "The EP itself has several styles in it," Rosenthal said. "The two most prominent being classic pop punk, and a more alt/emo punk sound."

Opening the show are other Erie locals, Well Below Average and Wasted Info, both pop punk, and The Standby, who expertly blend emo and shoegaze influences with pop punk stylings. Their song "Ladykiller" is a stellar example of how the band can capture intense emotion both musically and lyrically.

Two out-of-town bands from upstate New York round out the bill: The Search and Find, from Buffalo, and So Last Year, from Rochester. The Search and Find are a female-fronted pop punk band. They step between pop punk and pop rock, as is apparent in differences between songs like "Doubts" and "Together." So Last Year sticks strictly to their pop rock/indie sound.  Check out the video to their incredibly catchy single "In the Light of Summer."

In a city like Erie where metal seems to be the current dominant genre in the underground scene, pop punk is often overlooked. But bands like these show that all genres of music in Erie are still alive and kicking, so come out to the show and show these great local bands your support. – Tommy Shannon