No, Napoleon. Some animals are not more equal than others. 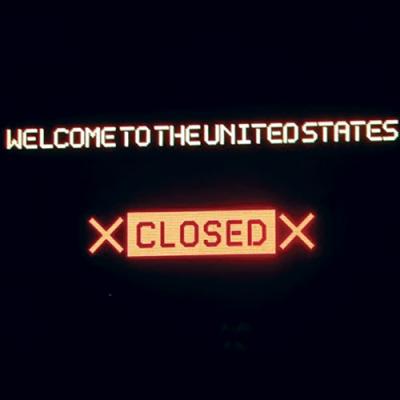 In honor of Inauguration Day, I reread George Orwell's Animal Farm. Many of us encountered this short book back in junior high, but I wish it were required annually – ideally before every election.

In the story, the animals have kicked out their human master, Jones, and taken over his Manor Farm, which they rename Animal Farm. At first, egalitarianism and the common good are the animals' enthusiastically agreed-upon ideals. Commandments are written to ensure that the fundamental tenets of their newly-created society are upheld.

Over time, though, the conniving pigs get greedy. Led by the charismatic pig Napoleon, they turn the farm back into what it was before: a place where workers and commoners are manipulated to benefit those in power.

"No one believes more firmly than Comrade Napoleon that all animals are equal," they are told at one point. "He would be only too happy to let you make your decisions for yourselves. But sometimes you might make the wrong decisions, comrades, and then where should we be?"

The other animals struggle to recall their history as their rights are eroded and liberty eludes them. Squealer, the pigs' press secretary, repeatedly lies to them, so that eventually, they're convinced that their memories have betrayed them about Animal Farm's founding ideals of equality and shared prosperity.

Toward the end, the animals are utterly befuddled. "Sometimes it seemed as though the farm had grown richer without making the animals themselves any richer – except, of course, for the pigs and the dogs."

But when the animals would try to measure their present poverty against the way things were under Jones, "they had nothing to go upon except Squealer's list of figures, which invariably demonstrated that everything was getting better and better. The animals found the problem insoluble; in any case, they had little time for speculating on such things now."

The animals have lost many comrades who were worked to death, murdered, or exiled. They've lost their ideals due to ignorance of their own history. Nevertheless, they cling to the notion – perpetuated by the pigs – that they are lucky to be citizens of Animal Farm. Don't they remember the glory of the revolution? Would they rather live somewhere else?

Ultimately, the pigs prevail because they control the message. They limit the animals' access to information, then use their positions of power to determine how the commoners interpret that information. And the commoners – overworked, underfed, and desperate for something to believe in – are too busy and exhausted to notice.

Ultimately, the pigs prevail because they control the message. They limit the animals' access to information, then use their positions of power to determine how the commoners interpret that information. And the commoners – overworked, underfed, and desperate for something to believe in – are too busy and exhausted to notice.

Orwell's known for his prescience; even more so in 1984. He died at 47. I wish he'd lived longer and written more, but his extant works are surely worth revisiting.

How else to make sense of an administration deciding which information we don't receive? Requiring "political review" of climate science? Gag-ordering agricultural researchers? Or touting torture as a valuable anti-terrorism tool?

Or, the rampant collection of our personal data, which began long before this most recent Inauguration Day?

Or a zillion other WTFs?

But we really don't need Orwell. Our collective human memory of corrupting, anti-democratic power is enough.

What we do need, however, is to see each other – in grand gestures like the Women's Marches so many of us joined in downtown Erie and globally on Jan. 21; but also in smaller gestures, closer to home.

"Several of them would have protested if they could have found the right arguments," Orwell writes.

Today's right arguments are letters written to our local representatives, kindness shown to our city's newcomers and refugees, and dissent spoken against the rhetoric of hatred and fear, whether we hear it on TV, at the bar, or in our streets.

Why wait for "Sugarcandy Mountain?" A better world can be ours right here – even now.