Justin Courtney Pierre // In the Drink 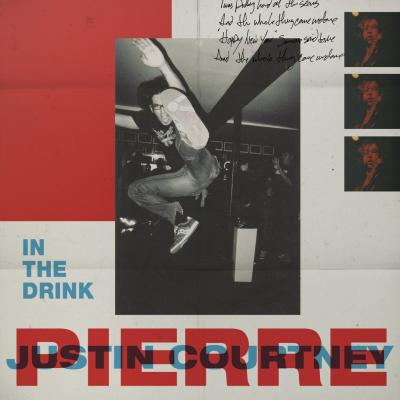 Two years after the dissolution of modern power-pop favorites Motion City Soundtrack, fans will be pleased to hear that frontman Justin Courtney Pierre doesn't stray far from the formula on his full-length solo LP. Pierre plays to his strengths throughout In the Drink, crafting short, crunchy hooks with a bit more influence from '90s college-rock bands, such as Archers of Loaf and Guided By Voices. In fact, the songs that do echo the songwriter's time in Motion City Soundtrack call back to 2012's GO and 2015's Panic Stations, lending to a straightforward sonic evolution that listeners shouldn't have a problem grappling with. When Pierre is on, he's on; opener "Undone" does an excellent job of showcasing the aforementioned influences and starting the album on an appropriately subdued note, rather than a callback to his previous material. Elsewhere, standout "Moonbeam" relies on lush keyboard notes and a slow-building energy to create something truly nuanced and unique. The most noticeable flaw here to nitpick revolves around Pierre's vocals, which often sound pitchy and untreated — a move that was likely intentional given those raw alt-rock records it is so often trying to emulate. — Aaron Mook