by Nick Warren
View ProfileTwitterInstagramRSS Feed
November 18, 2020 at 10:30 AM 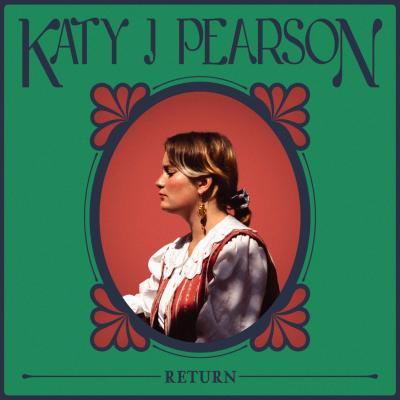 This was the kind of album I needed. Return is upbeat and poppy with a hint of morose intelligence that makes it sing. The debut record from Katy J Pearson sees the Bristol, UK songstress keyed into an incredibly inviting sound. Combining an alt-country feel with indie folk and pop sensibilities, Pearson has a true gift for melody. Her voice and delivery have the strength and sweetness of Julia Jacklin or Angel Olsen, but there's one singer she'll probably be most compared to: Stevie Nicks. Perhaps it's perfect timing following Matt Apodaca's viral "Dreams" TikTok, and maybe more than a coincidence hearing the opening tracks, "Tonight" and "Beautiful Soul." Either way, Pearson has made something great, and endlessly listenable. Whenever the string sections come in, it's emotionally captivating, and when she lets loose, even more so. Anthemic album highlights like "Take Back the Radio" pop, as do the tender, stripped-down moments of the album's titular track, the title alluding to a failed record deal she had with her brother and her return to music writing. It may not be sonically groundbreaking, but it might also be one of the best debuts of the year.