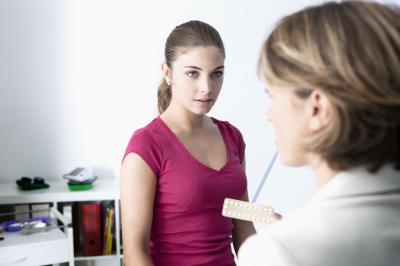 We knew a Trump administration and Republican-led Congress would bring unprecedented attacks on women's health and reproductive rights, and we did not need to wait long to see policies specifically designed to restrict access to reproductive healthcare. Early attacks on women's health came in multiple laws and rules that sought to restrict access to birth control and deny federal funding to Planned Parenthood — most notably in the failed attempts to repeal and replace the Affordable Care Act.

While initial attempts from Congress to defund Planned Parenthood failed, largely due to the grassroots efforts of millions of people who called, wrote, and visited their representatives, extremists in Washington — including our own local U.S. Representative Mike Kelly — remain hellbent on finding ways to attack vital family planning services. On May 22, the Trump administration — through Health and Human Services (HHS), with encouragement from politicians, including Mike Kelly — announced a Title X Gag Rule (read "Title Ten") to attack funding for preventative family planning services where other efforts had failed. Representative Kelly's support of this decision would directly harm women in Pennsylvania and further demonstrates that he, like the Trump administration, do not care about the women they represent.

The Title X Gag Rule would block Title X family planning dollars from going to healthcare providers that provide or refer abortion services. This means healthcare providers who receive Title X funding will not be able to share information about the full range of pregnancy options with patients — and other providers will lose funding entirely. Created in 1970, Title X is a federal program that provides care to 4 million people annually, including services such as contraception, STI testing and treatment, and other reproductive services. For millions of low-income individuals, Title X is a lifeline to essential, life-saving, preventative care. In 2016, Title X provided nearly 700,000 Pap tests, over 4 million STD tests (including HIV testing), and nearly 1 million breast exams. Because of a law called the Hyde Amendment, no tax dollars (Title X funding) can be or have been used for abortion care since 1976. This latest attack, like previous defunding attempts, only blocks low-income and vulnerable people from accessing preventative care.

In addition to ensuring people have quality, reliable reproductive healthcare regardless of income or whether or not a person has insurance, investing in family planning makes financial sense. Every dollar spent on family planning saves the government $7 in associated costs.

Attacks on Planned Parenthood are not what the people voted for. Sixteen national polls conducted since 2015 all show strong support for Planned Parenthood. A poll from Hart Research shows that 64 percent of voters oppose attempts to block patients from care at Planned Parenthood, which is exactly what this gag rule would do.
Paige Bosnyak

Unfortunately, these extreme politicians are not listening to their constituents. In fact, a handful of lawmakers have become vocal champions for the gag rule. Congressman Mike Kelly is among those to sign on to an April 30 letter encouraging HHS Secretary Alex Azar to enact this dangerous policy.

While we are not surprised at Kelly's support of this measure — no one has forgotten the time he compared mandatory coverage of birth control to 9/11 — we are still outraged. Because the gag rule came from HHS, there will be no vote in the House or Senate before it becomes law. Regardless, we cannot overlook Kelly's support for this rule. We need to let him know we will not stand by while thousands in Pennsylvania lose access to vital, life-saving services because of a measure he supported.

Erie deserves better than an absentee politician who consistently votes against the wishes of his constituents. Erie deserves better than a politician who has been in lockstep with the Trump administration since day one. Mike Kelly may hide behind "tele-town halls," with pre-screened calls from select constituents to protect his image, just as the formerly gerrymandered Third Congressional District protected his seat, but he and politicians like him will have to answer to those they've harmed. We're organized and we won't forget.

Paige Bosnyak is the Field Organizer for Planned Parenthood PA Advocates in Erie. To join Paige in the fight for reproductive rights, reach her at paige.bosnyak@pppamail.org