by Nick Warren
View ProfileTwitterInstagramRSS Feed
April 26, 2017 at 9:00 AM 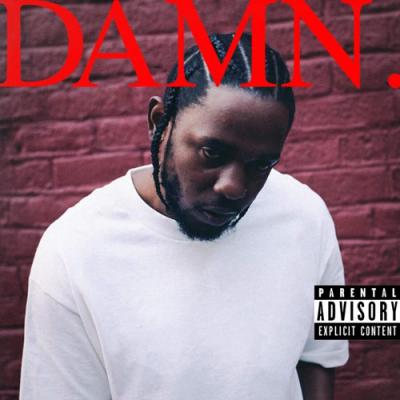 Kendrick Lamar returns to defend his well-deserved crown. After the release of 2015's masterpiece To Pimp a Butterfly, Lamar cemented his legacy as one of the greatest hip hop artists of all time. In March of 2016 he unceremoniously released Untitled Unmastered, a compilation of previously unused Butterfly material. DAMN. is the first true follow-up to 2015's opus. Unlike Butterfly, the album goes relatively unadorned. Forgoing the more complex jazz instrumentation, Lamar employs a more traditional style of beat-making this time around. The stakes appear to have been lowered, with fewer explicitly political statements, or outwardly experimental choices. The album itself carries the burden of Butterfly's success, the opening track "BLOOD." ending with a FOX News soundbyte courtesy of a heavily out-of-touch Geraldo Rivera, as does the following song. Lamar goes on to mention the clips himself in "YAH." (like the album title, every track is stylized in all caps followed by a period). Lamar may be playing it safer, but he's still a complete master of the genre. A detailed storyteller, he's able to tuck dense narratives into the tiniest of spaces.