If everything is bigger in Texas, so is this Houston trio's musical open-mindedness 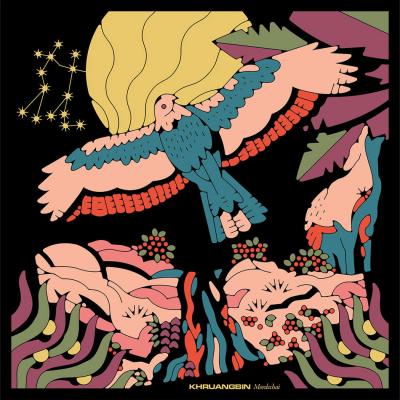 If you've never listened to Khruangbin, their description of the funkily flamenco single "Pelota" gives a pretty good clue of what to expect: "a Texan band with a Thai name singing a song in Spanish, loosely based on a Japanese movie." (In case you're curious, Khruangbin — pronounced KRUNG-bin — translates to "flying engine" or "airplane"). Mordechai, the Houston trio's third LP, is full of these juxtapositions — unsurprisingly, given guitarist Mark Speer's love of world music. Although he's only fluent in English, he's trained his Fender Stratocaster to be multilingual, borrowing melodic phraseologies from the Caribbean, Middle East, and Southeast Asia. His reverb-laden lines are underpinned with a steady sense of rhythm provided by bandmates Laura Lee (bass) and Donald "DJ" Johnson (drums and occasional keys). Khruangbin's best asset is its ability to be musically conversational, best exemplified on the single "Time (You and I)." A dialogue between Lee's bass and the vocals carries throughout the song, deftly mirroring the melody and leaving spaces for lyrical reply. Elsewhere, vocals occupy a more textural role, with Speer's guitar becoming the lead singer (the dubby "One to Remember"). Overall, Mordechai's mellow grooves would make a beautiful backdrop for easygoing gatherings (of 25 persons or less) and Tiki torch wind-downs, helping you close out your summer nights right.