Getting to know the founder of 3RD Official Clothing 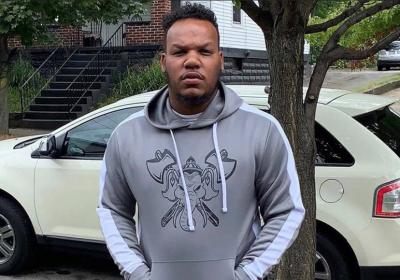 Erie entrepreneur Khyre Drayer, 28, is the true definition of triumph after tragedy. After losing his father to a heart attack in 2014, the young designer turned his pain into a full-time passion by launching his brand 3RD Official Clothing the following year. The logo of an elephant's head represents strength, getting over death, loyalty, solitude, love, success, and good luck; the two axes placed behind it indicate power and bringing forth success. Well, good luck has definitely been in Drayer's favor considering that he has found himself in some grand situations, such as signing with Snoop Dogg's manager Percy (who is selling Drayer's wear inside of his store in Las Vegas, "The Place"), and working with the likes of Rich Dollars, Shawn Marion, D-Nice, Jason Faunt (the original Red Power Ranger), Blake Foster (the Blue Power Ranger), Rick Ross, fashion director Winnie Stackz, and more. With almost a decade put into pushing his fit, the 3RD Official boss man continues to find his line excelling with no exceptions.

Charles Brown: How was the beginning process when you started 3RD Official?

Khyre Drayer: It was cool. It took off fast.

CB: Did you have any idea that your brand would take off in the city the way that it has?

KD: I didn't know. I just had a vision of doing something great.

CB: You were into football growing up. What was it about fashion that made you change your mind?

KD: I played ball but I went to school for fashion. I dropped out after my dad died and went to the streets and started my brand.

CB: You recently signed a huge contract for your line. Tell us about the big move.

KD: Yeah, the biggest accomplishment I ever had. I'm finally working with someone in the real clothing industry.

CB: When did you realize that 3RD Official was here to stay?

KD: When I sold hoodies every week and made money for 7 years straight.

You can check out Khyre's 3RD Official Clothing brand at facebook.com/So3RDOfficial