Nonagon Infinity is hypnotic, building itself into frenzied psychedelic hemorrhage.

by Nick Warren
View ProfileTwitterInstagramRSS Feed
May 11, 2016 at 9:00 AM 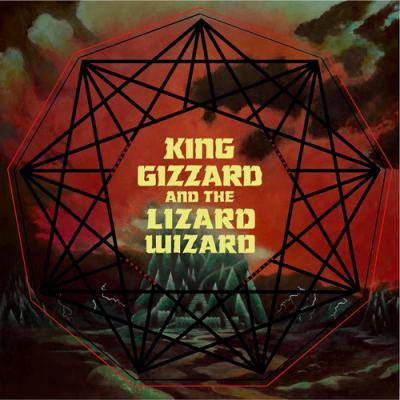 I'm overjoyed to now know King Gizzard & The Lizard Wizard. Obviously, it's a very fun name to say. Beyond the phonetic adventure it offers, the band ushers the listener into a new world. Nonagon Infinity is hypnotic, building itself into frenzied psychedelic hemorrhage. A nonagon is a nine-sided shape, illustrating the album's nine tracks. Points converge and connect, creating an image of sacred geometry. The Australian band consists of seven members, with some playing harmonica, flute, or theremin throughout the course of the album. Their sound works as one tonal unit, a laser of morphing audio shooting from one track to the next. The album ends as it begins, creating a infinite loop and connecting back into itself like an ouroboros. The rhythm is almost overpowering. One of the record's most defining aspects is its frenetic pace. There are rare oases of respite in the peyote-rich desert. Sounds of the late 1960s are explored and exploited. This latest offering is a significant diversion from their earlier efforts. This album is a nighttime motorcycle ride into another dimension. – Nick Warren