Kopecky // Drug for the Modern Age

The band name may be a little different, but Kopecky still packs all of the usual heart.

by Alex Bieler
View ProfileFacebookTwitterInstagramGoogle+RSS Feed
May 27, 2015 at 7:23 AM 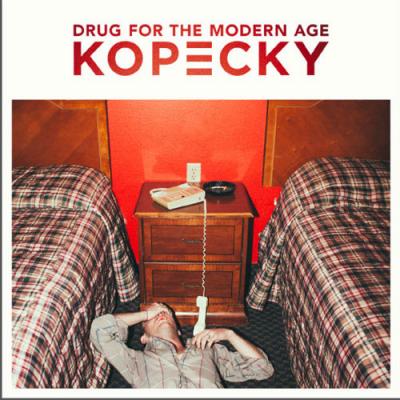 Drug for the Modern Age

Drug for the Modern Age marks the first album released by Kopecky since the band shortened its name from Kopecky Family Band, and marks the crew's second full-length album on ATO Records. Like the group's change in title, the Nashville sextet retains a large part of what attracted fans on their earlier work while continuing to evolve. The engaging harmonies and energy are still a major factor, but Kopecky draws more inspiration from the '80s on Drug for the Modern Age than in prior efforts, resulting in a number of catchy dance-pop tracks like "My Love" and "Talk to Me." The new shift makes for a fun album, although there are still some string-laden treats for fans of releases like the excellent Disaster, as album bookends "Die Young" and the title track show off the band's ability to create lush sonic landscapes. The band name may be a little different, but Kopecky still packs all of the usual heart.  — Alex Bieler

kopeckyatodrug for the modern age