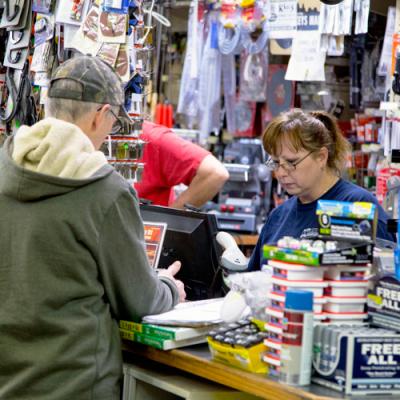 "If we don't have it, you don't need it." A bold assertion, but such is the long-standing slogan of Kraus Department Store, Erie's oldest continuously-operating retailer. As a human being, I count among my needs food, water, clothing, and shelter. Kraus has at least three of those covered (I'm a little too big-boned to squeeze into a communion dress at this phase of adulthood). As a freelance journalist and would-be detective, I must also subsist on answers. In this case, how do they do it?

The investigation is essentially over before I can adjust my would-be monocle. Within a span of minutes, it becomes blatantly obvious why Kraus has stuck around since 1886. I am acknowledged almost the instant I set foot in the store. I am acknowledged again as I absentmindedly wander into the doorknob aisle, and once more as I absentmindedly wander towards the paint swatches (some people don't even get this much attention in their own homes!). Anywhere I turn, a Kraus employee is willing and eager to help me.

But I am neither seeking a new lever handle to my solarium nor a coat of Mauve Magic for my bedchamber (where the Mauve Magic happens) on this occasion. Instead, I seek the truth.

And the truth boils down to a simple mantra. 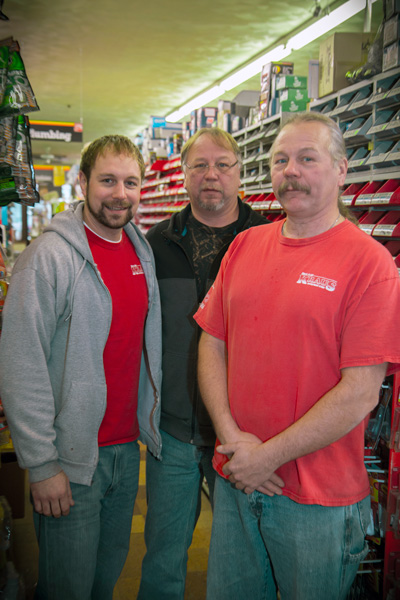 Nowosielski, 30, is of the fifth generation of store leadership and one of its heirs apparent (along with Ian and Adam). His father Tom and Uncle Joe became co-owners in 2001, following the partial retirement of widowed grandmother Lou Ann Miller Nowosielski (husband Dan). He is not only running a store, but also curating a legacy a century older than him. He holds a degree in entrepreneurship from Gannon University, but it seems almost a formality. He speaks as if he was born for this.

"Notice anything missing?" he asks as he hands me a business card. "No name and no department."  It's unorthodox, but consistent with the mantra. The only department his employees are to concern themselves with is customer service, which implies they are knowledgeable enough about everything to render it, regardless of where a customer is seen standing. That translates to roughly 100,000 items spread out over 11,000 square feet of retail space.

It is an egalitarian system, refreshingly bereft of rank and referrals (in other words, the exact opposite of what you'd expect from someone with a military background). Whereas a trip to a "big box" retailer such as Lowe's or Home Depot might entail more laterals than Stanford-Cal in 1982, Kraus maintains possession of its customers by carrying through from start to finish. It is this combination of consistency and conscientiousness that separates small businesses like Kraus from its behemoth competitors. You came into the store as an individual, and you won't leave as a statistic.

In the natural world, symbiosis is defined as the "living together of two dissimilar organisms."  Symbiotic relationships also exist in our (sometimes) civilized world, as businesses and communities – distinct entities with differing modes of self-preservation (making money vs. saving money) – live and die together.

The degree and manner in which their fates are intertwined seems to be inversely proportional. For instance, Time-Warner Cable is more inclined to parasitize its customers with hidden fees and surcharges (fine print is just barely visible to the naked eye) because it is more likely to get away with it. It is so widespread and pervasive that it's intangible to the common-folk. Sure, they don't want you to flush them out of your system, but if you do, oh well. You are but a grain of sand on the beaches of Presque Isle.

Brick-and-mortar retailers can be seen and felt; they are not an abstraction floating around in the ether. Nonetheless, the franchises flanking our community on upper Peach Street are not going to exhibit the same level of interdependence with their customers as small businesses surrounded by that community. Circuit City went bankrupt; retailers pop in and out of the Millcreek Mall regularly – very few of us mourn. They're there, but they are not ingrained in our culture or intimately tied to our identity. Grieving the loss of a distant relative does not take the same toll on the psyche as grieving the loss of close kin.

The kinship between a small business such as Kraus Department Store and its community is inimitable – and epitomizes civic-commercial mutualism. Communities need small businesses and small businesses need communities. Kraus Department Store, located at 810 Parade Street, has been wed to its Lower East Side neighborhood for nearly 130 years. The two have grown old together, witnessing both good times and bad. While Kraus remains in robust health, the community around it has been slow to recover from the bruises of age and the scars of crime.

There are interesting parallels to be drawn between the social climate way back when and now, as disparate as they may seem. When German immigrant Edward Kraus built his five-and-dime general store in the late 19th Century, Parade Street was the area's premier shopping district, and neither automobiles nor electricity were yet in vogue. The population had recorded a tenth consecutive decade of growth, but would not eclipse 40,000 people until 1890. Given the lack of technology, the community was very much fixed in place. 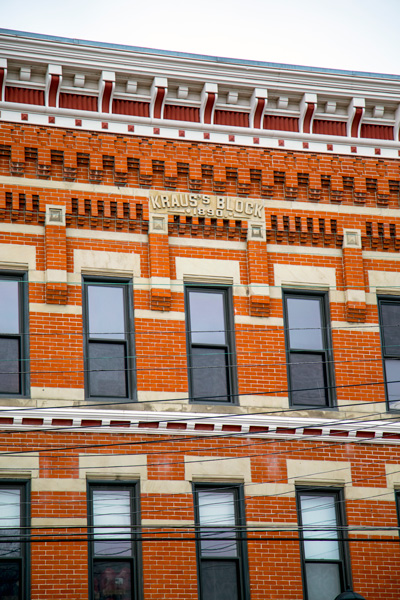 Lou Ann Nowosielski addresses this phenomenon in a YouTube video honoring the store as 2012 Pro Hardware Dealer of the Year: "In those early years, [the store] had … whatever [the neighbors] needed, because [they] were here. They weren't walking too far." That included pans, kettles, men's/women's/children's clothing, fishing, and hunting supplies, and even animal feed and farming equipment.

The word "need" echoes throughout the generations. Administering to needs has been the store's priority across the board. As the neighbors kept Kraus on their feet during the Great Depression and two world wars, Kraus keeps the neighbors – and Erie – afoot now. Replacement plumbing? Kraus that off the list. Window repairs? Custom lamp restorations? Jackhammer rentals? Kraus those off, too.

And road salt after a city-wide shortage in 2014? The management team ordered an entire truck, reserved for Erie only.

An out-of-towner offered to buy their entire stock at an increased price, but they would not budge. That's dedication. Said Rory, "I care about Erie."

The city may have stumbled as of late, but as long as community and small business continue to prop each other up, we will survive, synergistic organisms taking our next step forward.