Kristin Chenoweth to Perform at Mercyhurst 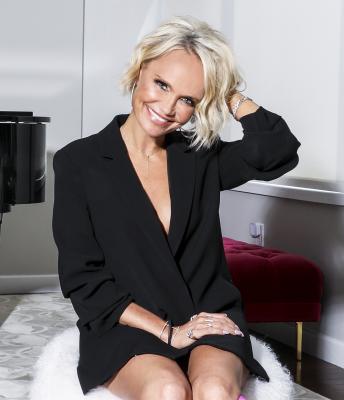 The Emmy and Tony Award-winning Kristin Chenoweth is set to perform at Mercyhurst's Mary D'Angelo Performing Arts Center. Chenoweth is an Oklahoma native whose performances have enraptured audiences from Broadway to the big screen. Her fans often disagree on what her most famous roles are —  it's a tough decision when she excels in theater, TV, and feature films.

However, if it's her music that stands out to you, then you're in luck. Chenoweth will be showing off her vocals at Mercyhurst. Her latest album For the Girls is set to be released on September 27 and pays homage to Chenoweth's favorite female singers in a series of covers. For this highly anticipated LP, Chenoweth has teamed up with Ariana Grande, Dolly Parton, Jennifer Hudson, and Reba McEntire.

If you're already looking up the tickets online before finishing this article, it's important to note that as of right now, this incredible event is sold out. However, not all is lost and there's still hope. On the night of her performance, there will be a cancellation line where any available tickets will be sold on a first-come, first-served basis. Any unclaimed tickets at will call are set to be released at 7:15 p.m., and any unoccupied seats will be resold at 7:25 p.m.

If you already have tickets for this sure-to-be spectacular performance, then you're all set as long as you don't arrive late. For those of you who are eager to see such a talented performer here in Erie, then make sure you get in line early. It'll certainly be worth the wait. — Kalli Oberlander