X-Communicate is a finely produced album. It's obviously the work of an expert. 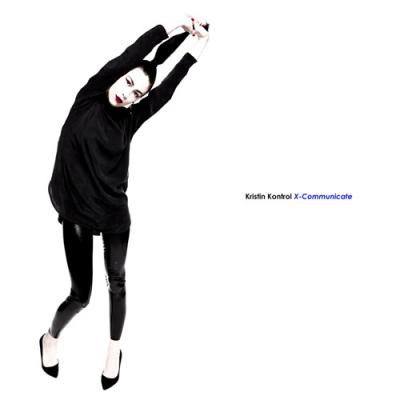 It's time to officially mourn the Dum Dum Girls. Gone are the lo-fi, retro '60s grooves of frontwoman Dee Dee Penny. Only In Dreams dropped way back in the glory days of 2011 surf pop. Even though she married Crocodiles' frontman Brandon Welchez, Dee Dee has moved on. Her name is Kristin Welchez, and she's Kristin Kontrol. This is a synth pop album. A dance album. Welchez is the next to worship at the altar of Chvrches. It's not a total shock if you soaked in 2014's Too True, the Siouxsie-esque missing link between the two sounds. X-Communicate is a finely produced album. It's obviously the work of an expert. Every song is radio-ready, replete with hooks. Interestingly enough, the retro vibe is still there, it' just waxing nostalgic for another era: the '80s. These tracks are comparable to Madonna's earlier work, save for a fuzz filter on the bass tracks. This is perfectly in line for fans of HAIM or The 1975 who don't mind a little post-punk. Welchez' identity has fully shifted, entering a new wave. – Nick Warren