Cobain put it all out there – every blemish, every trouble, every silly, stupid, or brilliant idea that popped into his head. 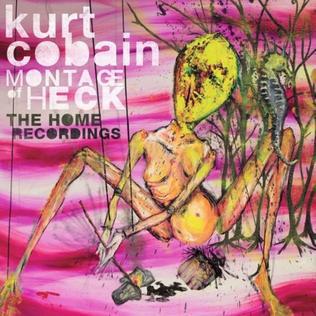 Montage of Heck – The Home Recordings

I finally understand why a certain segment of our population still obsesses over Kurt Cobain: He was genuine. It's usually the silent troubled outcasts and angry antisocial stoners who say "I hate fakers." But I've always thought, "Hey, everybody pretends to be who they aren't."  But not Cobain. He had no secrets. Cobain put it all out there – every blemish, every trouble, every silly, stupid, or brilliant idea that popped into his head. And Montage of Heck documents it all. Listening to this selection of recordings and watching the documentary by the same title, you experience the brilliant and troubled life of one of the most influential and paradoxical figures in the last 20 years of pop culture. Parts of Montage, like "The Yodel Song," are unquestionably revelatory, as Cobain's creative process is put on display. But much of this album is clumsily painful to hear; "Beans" being one example. Likely recorded with equipment Cobain was unfamiliar with while under the influence of various narcotics, experimental absurdity like this, genuine or not, is best left hidden. – Bryan Toy