Band's fourth album is listenable but nothing special 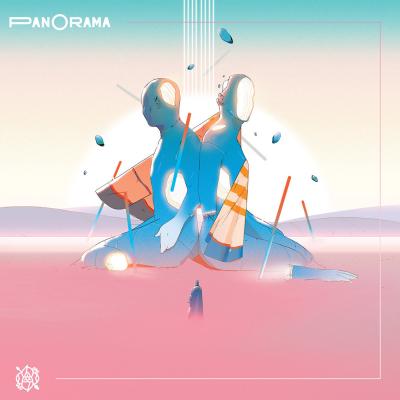 It's been four years since third-wave post-hardcore poets La Dispute released Rooms of the House, a streamlined concept record and magnum opus that detailed the band's growth in their ability to show restraint and diversify their songwriting. At their peak, they were able to set emotionally charged stories to aggressive guitar tones, and craft Radiohead-inspired sonnets in the same turn. La Dispute's fourth album, Panorama, is finally here, and while it's a perfectly listenable entry in the band's relatively solid discography, it's also a bit of next to the experimental songwriting of Rooms of the House. Grief continues to be a looming force in frontman Jordan Dreyer's life, with "FULTON STREET I" immediately referencing finding a body, looking at funeral dresses, and putting flowers by the side of the street. But to Dreyer's credit, the band does make a bold move by experimenting with the sounds their instruments are capable of making, allowing the singer to mute himself for the first time on the ethereal highlight "FOOTSTEPS ON THE POND." — Aaron Mook