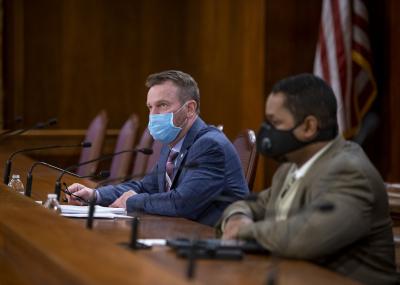 In the battle to decriminalize and legalize cannabis, Sens. Sharif Street (D-Philadelpia) and Dan Laughlin (R-Erie) have introduced a bill in the Pennsylvania senate. The bill "prioritizes safety, community reinvestment, social and economic equity, agriculture, and creates vital tax revenue streams for the Commonwealth," according to a joint release.

As the marijuana movement reaches Pennsylvania, legalization must be done the right way. This bill ensures a legalized market in the Commonwealth is implemented safely and responsibly.

"I look forward to working with my colleagues in the Legislature and with the Administration to build support for this critical legislation that aims to make Pennsylvania's cannabis market the most diverse and inclusive in the country while enabling those who have been harmed by prohibition to seal their records and rebuild their lives," said Street.

Pennsylvania must be next! I wrote the bills to decriminalize and legalize adult-use cannabis in PA. Prohibition makes no sense, disproportionately harms communities of color, & leads to unfair criminal justice outcomes. Plus, we can use the revenue to help recover from COVID-19! https://t.co/KYm7S2tqdJ

Echoing Street's sentiment, Laughlin said "As the marijuana movement reaches Pennsylvania, legalization must be done the right way." He continued: "This bill ensures a legalized market in the Commonwealth is implemented safely and responsibly, with a thoughtful approach that provides opportunities to medical and recreational consumers, farmers, and small, medium and minority-owned businesses."

According to the release, roughly 250,000 Americans are employed within the legal cannabis industry, which has seen a four-year growth rate of 100%. "With proper reform, a million more jobs can be created by 2025," it reads.

"According to testimony provided by the Pennsylvania Independent Fiscal Office, adult-use marijuana legalization can generate between $400 million to $1 billion of new tax revenue for the Commonwealth of Pennsylvania. "