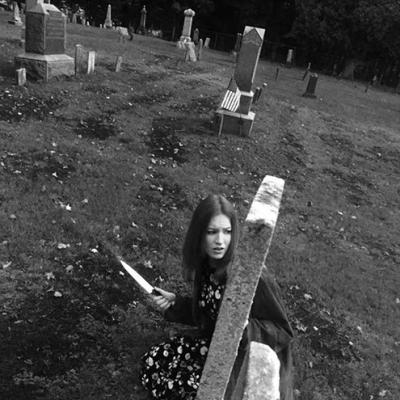 For corn mazes, jack o' lanterns, trick or treating – and the craving for human flesh, that is.

During this theater Season of the (un)Dead, Edinboro's Laugh/Riot Performing Arts Company will bring to life Night of the Living Dead.

"This will not be the first time Dead has been onstage," Mizikowski explained. "Because of an oversight, the film and its script are actually public domain. It's been done many times across the U.S in different ways. I've been fortunate to see two productions over the years."

Based on the 1968 Romero proto-gore film classic, Dead tells of humans trying to stay alive against a world turned upside down.

Based on the 1968 Romero proto-gore film classic, Dead tells of humans trying to stay alive against a world turned upside down – when zombies arise from their graves with a hankering for fresh man meat. Real fresh.

"Laugh/Riot will be putting our own spin on it," Mizikowski continued. "The story is still the same, but I've tried to adapt it to the stage a bit more, keeping as much as possible in one small room. I treated it the same as if I was adapting Shakespeare to keep much of the author's intent, but to still give myself some creative freedom.

"I still want to scare the crap out of the audience," he added, "but in a way that the hairs on their neck stand on end, rather than a gross out. I look at things like 28 Days Later: While zombies are central to the story, how people interact during a crisis is much more at the forefront."

Any chance zombies will attend?

"Well, I don't believe in them," postulated Mizikowski. "I think a lot if it comes from our inherent fear of death."

But, he concluded, "All zombies are welcome to see the show – provided they can pay for a ticket and promise not to eat anyone." – Gregory Greenleaf-Knepp