In remembrance of Dublin's Bloody Sunday, Jonathan Nolan will be playing a free show of Irish rebel songs 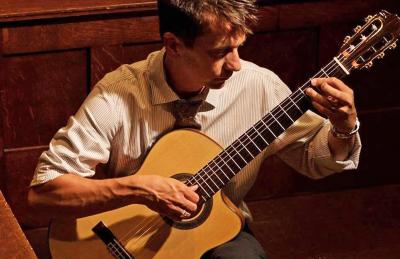 Jonathan Nolan of The Mulligans will play a slate of Irish rebel songs at Lavery Brewing Company in memoriam of Dublinu2019s Bloody Sunday, which transpired in 1913.

In remembrance of Dublin's Bloody Sunday, Jonathan Nolan will be playing a free show of Irish rebel songs at Lavery Brewing Company on Sunday, June 24.

Independent Ireland and Northern Ireland were home to numerous "Bloody Sundays" throughout the 20th century. The first of these was in Dublin in 1913. During a political rally focused on the lockout of Irish workers in the city, a riot broke out and police forces beat onlookers in the street.

The dispute and following lockout lasted into January of the next year and is "generally viewed as the most severe and significant industrial dispute in Irish history," said the Irish Times in 2013 in a piece reflecting on the event 100 years later.

"This upcoming show at Lavery's is particularly different because it will be more intimate," Nolan, who has played in multiple groups across Erie (The Mulligans, Save Yourself, Hard Luck Story, etc.), said. "There are some beautiful ballads written during that time that can be considered 'rebel songs.' These songs would be looked at as a downer to a St. Patrick's Day crowd, and would not get the respect they deserve."

Continuing, Nolan elaborated about his setlist preparation: "I lost my voice a few weeks ago and decided to learn some Celtic reels to throw in the set if time allows. I'll still do some acoustic Mulligans numbers and some other songs that fit, but I plan on using the middle of the set to play the newer material."

In addition to the traditional music, Lavery Brewing Company will feature dark beers and whiskey specials at the event. — Hannah McDonald