LECOM Health Challenge Tees Off At The Peak

The Web.com Tour brings world class golf to our region. 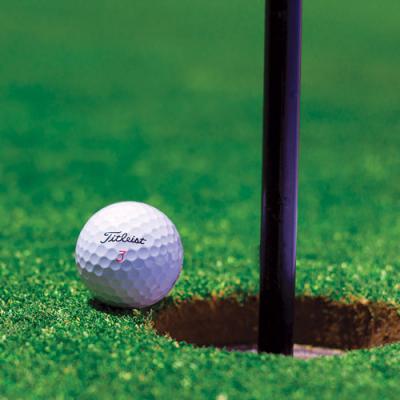 It's a long way to the top if you want to golf with pros. Peek N' Peak's Upper Course will host the Web.com Tour for the first time since 2007 with the inaugural LECOM Health Challenge, daring would-be PGA golfers to get on its level.

The Web.com Tour first teed off in 1990 as the Ben Hogan Tour and has since undergone an identity crisis befitting a disenfranchised 'tween, variously known as the Nike Tour (1993-99), Buy.com Tour (2000-02), and Nationwide Tour (2003-2011) before its current sponsor acquired naming rights in 2012. Typical events (e.g. the LECOM Health Challenge) split a pot of $600,000 amongst the qualifiers, with $108,000 going to the winner. While a pittance compared to the multi-million dollar prizes at stake in the PGA Tour, it's still enough to cover the guacamole up-charge at the golfer's burrito establishment of choice.

The top 25 regular season and top 25 Finals finishers are granted their PGA Tour Cards, but competitors will ultimately want to win the whole enchilada, as first place in each category merits exemption status and an invitation to the Players Championship at TPC Sawgrass in Ponte Vedra Beach, Florida (with a purse in excess of $10.5 million – i.e., even 36th place is worth at least the "super premium" option at the automated car wash). The current Web.com Tour earner (as of the Nashville Open which wrapped up June 19) is Wesley Brown, with a total haul of $296,092. Richy Werenski is within putting distance of Brown at $263,470 YTD, but the rest of the top 25 trails him by $100,000 or more. Thus they can scarcely afford to settle for second on the Peak's unforgiving Upper Course.

The 7,061-yard par-72 grades on a steep curve, with hazards and "menacing" bunkers awaiting the LECOM challengers at every turn – a fair way to label it would be rough.

The 7,061-yard par-72 grades on a steep curve, with hazards and "menacing" bunkers awaiting the LECOM challengers at every turn – a fair way to label it would be rough. As with any course worthy of a professional place-setting, a premium is placed on club selection and precision. On the menu for less savvy competitors is golf ball dredged in sandtrap, served with a pitching wedge. However, those equal to the task may one day sip champagne with the likes of Web.com graduates Zach Johnson, Brandt Snedeker, Bill Haas, Bubba Watson, and Jason Dufner in a Majors clubhouse.

Don't miss a live sneak peek at upward mobility amidst the untouchable splendor of Clymer, New York this summer – for as little ($10) or as much ($100) as your caste designation allows.