The Strat-slinger talks about the past, present, and future of blues and playing in Erie

by Cory Vaillancourt
View ProfileFacebookTwitterGoogle+RSS Feed
June 26, 2013 at 7:25 AM 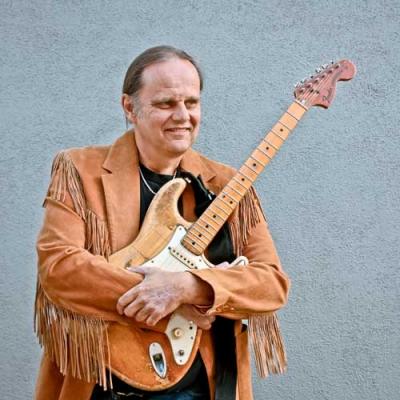 It's not often that Erie plays host to Blues royalty. It happens about once a year; in 2011, it was Buddy Guy, and in 2012, it was Robert Cray – which by my calendar makes us about due for our annual allotment of pentatonic pleasure. Thankfully, the fantastic folks behind the endearing, enduring lakefront outdoor music series known locally as "8 Great" are about to feed us a free fine fix with the sultry searing sounds of Strat-slinger Walter Trout.

New Jersey native Trout's musical career began in the late 1960s; serving as a sideman to John Lee Hooker and Percy Mayfield – among others – Trout gained widespread recognition in the early '80s when he joined Canned Heat and then moved on to John Mayall's Bluesbreakers. His latest album, "Luther's Blues," is a tribute to his friend and legendary Chicago Bluesman Luther Allison, who passed on to his great reward in 1997.

Cory Vaillancourt: So how's it going?

CV: I gotta ask ya, do people still make fish jokes around you?

WT: All the time.

CV: Does it make you mad?

WT: It's so unoriginal. I mean, if that's the level…I made an album back in the 1990s called "No More Fish Jokes."

CV: Have you been to Erie before?

CV: Your upcoming show will kick off a summer music series here called "8 Great Tuesdays." It's free and open to the public, it's on the beautiful Erie Bayfront, and it's, ummm, great. In your 40-plus years of touring, do you see a lot of this type of thing?

WT: That's a hard question to answer; in the summer, we do lots of outdoor shows. Between the states and Europe, in the summer people like to be out in the sun, be outdoors, so we do lots of them. But this one sounds like a great venue, and I look forward to it.

CV: Speaking of your extensive career, who's been your favorite person to work with over the years?

WT: Without a doubt, that would be John Mayall. We're great friends. As a matter of fact, I recorded two tunes with him a couple of months ago. So we still keep in touch, we talk on the phone – he's kind of like a dad to me. He was just great fun…in his band, there was always a lot of laughing, a lot of good times.

CV: Didn't he live in a treehouse?

WT: He lived in a treehouse. He lived there for a while, then he came down out of the tree and decided to become a musician, went to London, and a year later was recording with Eric Clapton [laughs]. It's quite a story.

WT: Luther Allison was just a great, great person. There was no façade with that guy. When you talked to him you felt like he was just complete honesty and sincerity. And also great humor and warmth. He was a really great man, I thought. He was somebody I loved hanging out with, just sitting and talking. Being in his company was a special experience.

CV: I can imagine. I think he left us a little too early.

CV: But as Blues legends like Luther Allison leave us, a new school always seems to hatch in their wake. Who do you see today as carrying on the lineage of guys like Buddy, B.B., Luther, and the like?

WT: There's a lot of young fellas out there, especially in England. There's a whole batch of young English blues musicians right now that are incredible. Guys like Danny Bryant, Mitch Laddie, Lawrence Jones, Ben Poole. The have yet to really get going over here, but you're gonna hear about 'em. Like Lawrence Jones is 19 years old, and he's amazing. And Danny Bryant – I used to give him guitar lessons when he was 14, and now he's really coming into his own over there. Those guys I really see as the future of this.

CV: It almost sounds like what happened in the '60s when you had these British kids popularizing this American art form while the originators toiled away in obscurity, unappreciated.

WT: There's a large group of young guys over here too; they just have a really hard time getting going because over here, it's influenced by the huge corporate media. It's hard for them to get noticed, whereas in England, it's not quite so difficult to get started.  But over here, it's a much more difficult nut to crack.

CV: What can the audience expect from your show here in Erie?

WT: Well, I've done 23 albums, so I won't just come out and do Luther's songs. We'll do some Luther, some old stuff of mine, some stuff off my last record. It's pretty high-energy. I think people are going to enjoy it; plus, there will be some surprises. Some of us switch instruments, and have a lot of fun. I think it's going to be enjoyable for you; or at least I hope so!