Leonard Cohen //You Want It Darker

In the truest sense of the word, You Want It Darker is a haunting record.

by Nick Warren
View ProfileTwitterInstagramRSS Feed
November 9, 2016 at 11:00 AM 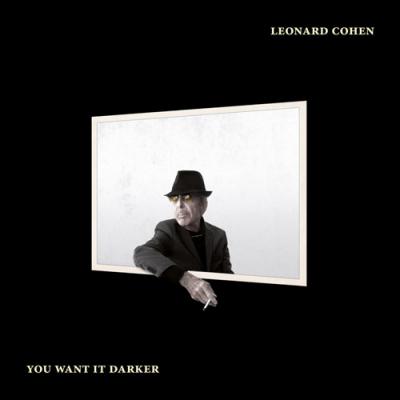 You Want It Darker

There have been a handful of exceptionally strong releases by aging musicians this year. Standing toe-to-toe with Nick Cave's Skeleton Tree and David Bowie's Blackstar is Leonard Cohen's You Want It Darker. Those familiar with Cohen will not be surprised by the astounding songwriting showcased on this album. Those with only a cursory knowledge of the artist (i.e. "Hallelujah") will find this to be a perfect entry point for the singer's catalog of dense work. His 14th album since 1967, Darker employs Cohen's baritone rumble that emerged in the early 1990s. The instrumentation is just heavy enough to overshadow his signature keyboard sound (known by many from 1984's Various Positions). From the very first notes of the title track, the sound shows Cohen at his most modern, blending elements of jazz, gothic rock, and country with the flamenco-like guitar of his earlier work for a unique voice. Lush string sections ring out a weeping dirge with maximum effectiveness, especially on the latter half of the album. In the truest sense of the word, it's a haunting record.