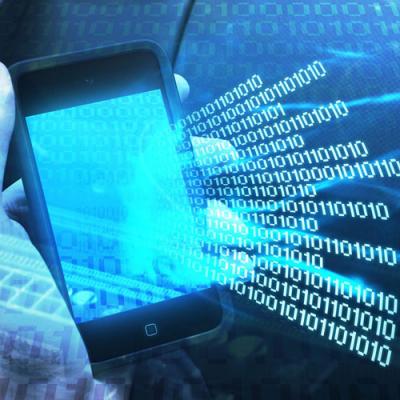 What would convince you to invest in Erie if you were a start-up business, an innovative technology company, or a successful manufacturer?

It probably wouldn't be the city website that gives you a phone number for every single employee, but no guidance on who to call with a concern.

And it definitely would not be the parking meters that only accept quarters.

None of these items are encouraging investment in Erie. But sadly, these issues are not new. The status quo in the city is a problem.

In today's age, a business can pick up and move anywhere in the world. Just look at GE. This means that Erie must do whatever it takes to keep pace with the times and show that it is innovative and open to businesses and jobs.

In today's age, a business can pick up and move anywhere in the world. Just look at GE. This means that Erie must do whatever it takes to keep pace with the times and show that it is innovative and open to businesses and jobs.

As the co-founder of the Emerging Technologies Practice Group at the MacDonald Illig law firm, I've spent my legal career working with a host of tech businesses — web development firms, social media marketers, cyber security consultants, and data analytical companies. I've helped companies set up e-commerce stores, run contests via Facebook, and responded to cyber breaches. I know what needs to be done to end the city's technological decline.

As mayor, I will build a team of tech savvy innovators to attract more jobs and business to the city, starting with the appointment of a Director of Innovation, aka the Chief Innovator for Erie.

The Chief Innovator's main task will be to do whatever is necessary to ensure that Erie — its government, its residents, its businesses, and its students — are not left behind in the 21st century.

To achieve this goal, a few of the Chief Innovator's priorities will be:

Data-mapping city issues, such as blighted properties, incidents of gun violence, traffic accidents, and potholes. This will allow the city to understand where its problems are located and how to more efficiently deploy city resources to solve them.

Upgrade the city's website. Similar to Amazon's customer service, the new website will have only two points of contact — one for businesses and one for residents. You should only need to call one telephone number to have your questions answered.

Develop a city app to disseminate information from the city, but, most importantly, to enable residents to report problems to the city. Imagine if you could take a photo of that pothole that hasn't been repaired for weeks and, through the app, submit it to the city.

Create a social media presence for real-time interaction with residents, businesses, and others. Erie should have its own regularly-updated Facebook, Twitter, and YouTube accounts. For the outside world, we should appear as if the lights are on and someone is home in the City of Erie.

Implement a transparent and accountable process for submitting complaints/issues to City Hall. You should be able to submit a complaint to the city via the website, receive a tracking number for that complaint, and track its progress.

Oversee the transition to parking meters that accept payment via credit cards, debit cards, or smartphones. Right now, if you get a parking ticket, you have to send in a check or cash. That needs to change. You should be able to pay online via debit or credit card.

Because if we allow the status quo to continue, we definitely will not attract new business.

But if we show the world that Erie is an innovative place, then businesses will tweet about the employees they have hired and the investments they have made in Erie, Pennsylvania.

John Persinger is a candidate for mayor and an emerging technologies lawyer with MacDonald Illig law firm. For more information, go to persingerformayor.com or follow him on Twitter at @JohnMPersinger.