Competing for outside business hurts everybody -- except for big corporations. Let's do it differently. 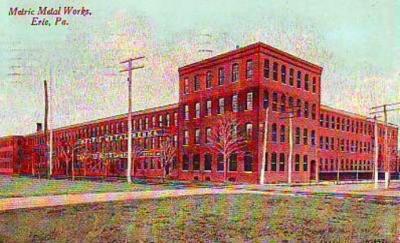 America On the Decline

Mark Price has a roundup of intriguing links relating to poverty and redevelopment at Third and State that's worth a look. I recommend going over and checking out both the post, the blog, and the man.

Anyway, I liked the last two links the most, to articles dealing with effective means of developing -- or redeveloping -- cities. The first is a cautionary tale from today's Pittsburgh Gazette:

The $22 million in local and state incentives used to entice Chiquita's headquarters to Charlotte -- and other payouts like it -- are critical in the fight to create jobs, recruiters say.

But the bets, using taxpayer money, don't always pay off. Critics say incentives might have little influence on a company already planning a move or do little more than shift workers from one state to another. And when government money is a deciding factor in the decision to relocate, some worry the company will flee to another state when the agreement expires.

The worst part of it is that cities are pitted against one another in a kind of prisoner's dilemma. If cities cooperate, and not offer corporations excellent tax breaks, then corporations will pay reasonable tax rates and not jump from city to city. But if one city offers a deal, the corporation will move there at the expense of the others -- so the incentive is to offer a deal. But if everyone is offering deals, the only way to get a business to move to your city is to offer a better deal. And it spirals down from there, especially in hard times when municipalities are desperate for employers.

Corporations like Chiquita are only too glad to take advantage of desperate times and wrangle sweetheart tax deals for themselves.

But municipalities don't have to play the game. They can opt out altogether. That, at least, is the theory from the Keystone Research Center (via another Mark Price link):

...instead of handing out checks to lure new businesses to the state (or retain existing ones), a dominant practice to date, Pennsylvania should strengthen its efforts to grow its own companies by investing in the public goods of a 21st-century economy. These 21st-century public goods start with education and traditional infrastructure but also include technological infrastructure and amenities, cultural assets, and natural endowments that make Pennsylvania an attractive place to live and work. Today's public goods also include institutions that support specific industry sectors, such as training partnerships and sector-specific innovation centers that build on Pennsylvania's higher-education institutions.

The KRC suggests holding companies that do receive subsides or tax breaks accountable for decent wages and job creation. Maybe a simple clause tying a certain number of hires or investment amount to the subsidy or tax break. The

KRC also suggests that cities "should focus its job-creation dollars on already-developed...cities where new jobs will rely on existing infrastructure..."

I'd add that cities should spend its job-creation dollars on locally owned businesses and regionally-specific industries already in the area. It's better to build on a kind of industry that already thrives in your city than it is to try to lure a new one in. In Erie, for example, maybe we should be working to support and expand the tool and die shops that are so prevelant. Make Erie the tool and die capital of the world!