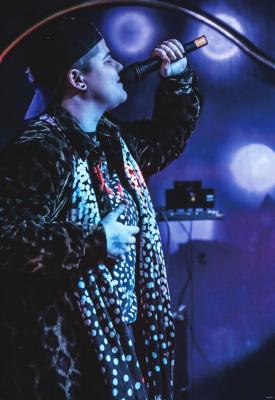 Arts & Floetry is a live art showcase that will bring together a collection of many different forms of artistic expression into one packed evening.

"This show is giving people the opportunity to show 'what they got' and be a part of something bigger than each of us. The more minds that come together to 'Manifest' the same intention, the more beautiful it will be," expresses the headliner of the evening, rapper Brandi "FRESCO" Carlini. She was deliberate in her choice of words, as her new single is titled "Manifest."

Matty Symmons will host the event, which also includes the Erie Reader contributor Cee Brown headlining alongside FRESCO. Along with the two rappers, the audience can also expect to hear a variety of performers such as Jordy the Traveler, Kennedy Krahe, Ish, Sammy C, Pharaoh, and Annalise Vaughn.

Voodoo Brewery will also offering select beers throughout the evening.

So make sure to get out to this unique event that will prove just how united the Erie community can and should be. — Symone Crockett