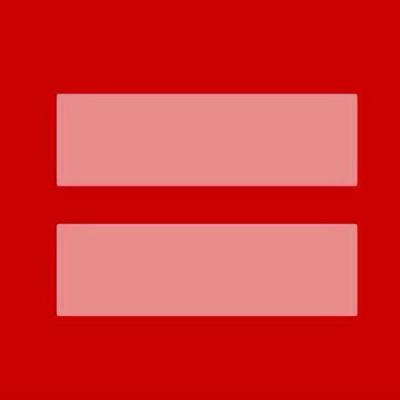 College cities and towns are usually locations where LGBT issues are brought to the forefront through academic discourse, scientific study, and even good ol' fashioned debate. If for no other reason, a college or university is supposed to be the place where "human nature" is investigated and new ideas are proliferated — and this investigative work includes all matters concerning gender and sexuality.

Erie is most certainly a college city, being home to three major universities and a host of pre-professional schools. Gladly, we can find LGBT organizations and education on each campus.

But Penn State Erie, The Behrend College is leading the way in LGBT education in the city of Erie. Not only do they have a thriving and well-supported LGBT student organization, but they also have multiple faculty members devoting lines of research to the exploration of LGBT lives and the intersections of LGBT people with the larger culture.

Further, Behrend has agreed to host and sponsor the Intersections of Equality educational symposium – sponsored by Behrend, the Diversity and Inclusion Department at Erie Insurance, Highmark Blue Cross Blue Shield, and the Greater Erie Alliance for Equality (GEAE) – from 8 a.m. to 4:30 p.m. on Saturday, Nov. 2, at the Black Conference Center.

The symposium will feature four educational sessions. The first, a panel presentation on the lives of LGBT people in Pennsylvania—including stories of both prejudice and progress, as well as corporate efforts to help LGBT people, in particular, highlighting the LGBT-friendly efforts of Highmark Blue Cross Blue Shield.

The second presentation will examine LGBT Bullying as well as Anti-Bullying efforts, featuring Dr. Charisse Nixon of Penn State Behrend paired with the educational director of the Crime Victim Center of Erie. The third session will explore the intersections of race, gender, and sexuality, and will be offered by Dr. Theresa Vescio from Penn State University Park. The fourth session will feature The Honorable Brian Sims, Pennsylvania's first openly gay house representative.

Without question, the Intersections of Equality symposium is a major educational event for the city of Erie. It will be of interest to a wide variety of people: whether to the LGBT community, straight allies, government workers, lawyers, teachers, or anyone else who cares about the advancement of equality.

Because I serve as the president of the Greater Erie Alliance for Equality, I have had the pleasure of seeing first-hand the number of local Erie residents who have volunteered their time, energy, material, and financial resources to make this symposium a success. It truly is a "first" for Erie: bringing together the academic, professional, and legal fields, for the betterment of public education on the full protection of LGBT people.

To say that I encourage you to attend the symposium is an understatement. And, thanks to charitable donations to the Greater Erie Alliance for Equality, the planning team has been able to keep registration at $25, which provides a continental breakfast, access to all four speakers – including question and answer time with the presenters – as well as a lunch.

While I am extremely proud of everyone who has made this symposium a possibility in Erie, I think we must absolutely give praise to the principal sponsors of the event, especially those like Penn State Behrend, Erie Insurance, and Highmark Blue Cross Blue Shield, who are not themselves LGBT organizations, but who see the merit in educating the public — and area professionals — on LGBT issues. What an organization publicly supports says much about who they are and how they will be remembered by future generations.

To that end, I would like to offer two challenges. The first is to fellow academic institutions in Erie: just because Behrend is in first place on LGBT education in Erie, doesn't mean that you have to stay in second (or third). I challenge Mercyhurst University and Gannon University to step up and offer substantive public education on LGBT issues — and to be part of the solution for bringing about full equality for LGBT people in our city, our state, and our nation.

I also challenge all other Erie corporations and businesses to be as proactive about LGBT inclusion as Erie Insurance and Highmark Blue Cross Blue Shield. It's not just your company's reputation that's on the line; it is also a matter of where people will do their business now.

I am hoping that Erie will be remembered as a place where both our educational centers, and our centers of business, each competed for "first place" for outdoing one another in an effort to advance equality. To that end, you – yes, you the reader – can help Erie take another step toward equality by taking part in the Intersections of Equality symposium. So attend not only to gain more education on these important matters, but also to be inspired to work more explicitly for the full equality for your LGBT neighbors.

Those interested in attending the Symposium can register online at: greatereriealliance.com, selecting the "Intersections of Equality" tab. Professionals seeking continuing education credit can sign up with Penn State at the door for an additional $35. All other questions can be emailed to geaeinfo@gmail.com.