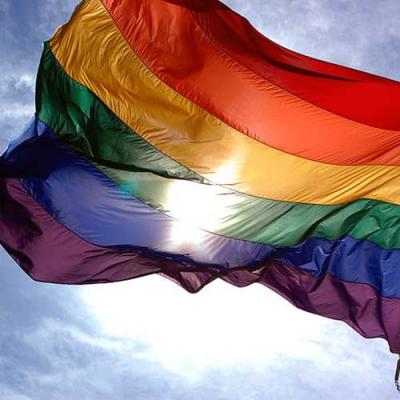 The month of June, worldwide, is LGBT Pride month. It is a time of celebration for the LGBT community and our straight allies. It is a celebration of the inherent worth and dignity of LGBT people precisely in our LGBT-ness. It is a banner month to celebrate the diversity of our community and to recall how far we've come in the struggle for social acceptance and legal equality.

But admittedly, if you have ever made your way to a Pride parade or festival, you've likely felt that you were in the midst of a Mardis Gras party — with all sorts of costumes, performances, and merry-making of the queerest sort. While this atmosphere takes some people by surprise, it really hearkens back to the beginnings of the LGBT movement in America. It is a story worth retelling each and every year.

Before there were equality groups lobbying legislators in Harrisburg or Washington, D.C., there was Stonewall. The year was 1969. Homosexuality was still a crime in America, and LGBT people found themselves on the wrong end of the law, not only in matters of sexual intimacy, but also when gathering in known homosexual establishments. But on June 28, 1969, the LGBT community decided to fight back.

In an incident known as the Stonewall Riots, a police raid on the Stonewall Inn (a gay establishment in New York City) took an unexpected turn. When the police tried to arrest folks at the Stonewall Inn, stage-performing drag queens took off their heels and fought back. With them, the so-called effeminate men of the Stonewall Inn took their stand. Before too long the streets of Greenwich Village in lower Manhattan were filled with people of all classes, races, sexual orientations, and gender identities fighting against a police force who happened to be the arm of homophobic and trans-phobic laws.

Those protests went on in the days and weeks to come — and out of those riots LGBT people began to organize socially, politically, and religiously. By 1970 the first Pride Parades were organized. They were offered to show the world that being lesbian, gay, bisexual, or transgender was not something to be hidden, criminalized, or demonized.

We do well to remember that courageous history of drag queens and queeny men fighting institutionalized homophobia on the streets of New York City. All too often there are complaints (from both LGBT and straight people) that Pride parades or festivals have gotten a little too queer for public display.

But imagine telling the drag queens and effeminate men at the Stonewall Inn not to be too queer as they put their bodies on the line for their dignity — and eventually, ours. They did so, not because they had visions of mainstreaming or establishing equality organizations to lobby politicians. They put their queer bodies on public display — and on the line — from the heart of one of our most cherished American principles: that all people should be able to assemble and live freely, without false incrimination, and without threat to our flourishing as human beings.

In a word, our queer forerunners had pride.

Of course the word pride comes with all sorts of moral and religious baggage. So let's cut right to it.

It is a deep love that accepts who we are, as well as all that our lives can be as LGBT people. It is a pride that emboldens us to fight for equal protection under the law — and it is a pride that upholds us in spirit, which keeps us on the frontlines of equality, whether we win our legal battles, or temporarily lose them. And thus, we in the LGBT community invite all who are kind-hearted and justice-oriented to join with us in this celebration of pride. And I extend that invitation quite literally.

The larger Erie community has opportunities to participate in a few LGBT Pride celebrations. Here in Erie we have multiple "Pride events throughout the summer. The Northwest Pennsylvania Pride Association puts on a Pride Picnic on Presque Isle every June. They also hold a Pride Parade and Rally, which this year will be Saturday, August 24 — on downtown State Street to Perry Square.

Each year, a number of LGBT people and straight allies march in the parade and assemble in Perry Square to listen to speakers and enjoy performances that celebrate the local LGBT community. If you've never participated, you should. There you will get to meet a wide variety of people and organizations: from equality groups like the Greater Erie Alliance for Equality and Equality PA, to social service organizations like the Persad Center and local faith communities — not to mention a wide variety of tables and tents representing organizations devoted to particular sexual or gender constituents: whether for lesbians, gay men, bisexuals, transgender people, as well as straight allies.

When you come and spend a little time among us, you will find folks who are colorfully queer as well as those who are happily mainstream. And while enjoying the Erie Pride celebration, in all of its diversity, you will discover a community whose struggle for acceptance and equality is grounded in that same pride that inspired Stonewall — the pride, which is for us, a deeper love that has the power to overcome all discrimination and injustice.

It is from this deeper love that we will greet one another, and you, at the parade or rally with the simple words, Happy Pride. Happy Pride indeed: to the LGBT Erie community, and to all of our brothers and sisters throughout the world, LGBT and straight!