Liberty or Death: Harriet Does a Disservice to an Amazing Person 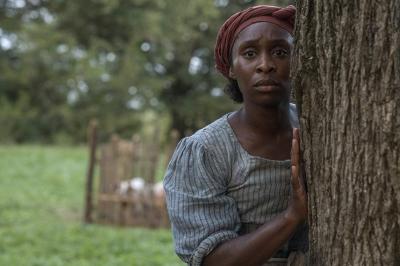 The fascinating life of Harriet Tubman has sadly not been told very often in film. Director Kasi Lemmons (Eve's Bayou) has attempted to rectify that with her biopic Harriet, but unfortunately the film can't escape the familiar trappings of its genre. It manages to be both by-the-numbers and over-the-top before finally settling into outright silliness by the end.

The story follows the life of a young slave named Mindy (Cynthia Erivo) as she manages the harrowing, 100-mile journey north toward freedom. Once she arrives in Philadelphia, she promptly changes her name to Harriet Tubman and begins looking for ways to rescue her friends and others from slavery. Her daring expeditions with the Underground Railroad would free hundreds of slaves and turn Harriet into an American hero.

With a life as extraordinary as Tubman's, this story should be easy to make engaging. Sadly, the filmmaking just isn't up to the task. Though shot well, the film suffers from some amateurish editing that makes many scenes spatially confusing. This is all Erivo's show and she does a good enough job, but the other performances are melodramatic and the bombastic score overpowers everything. Worst of all are the scenes of Harriet's spiritual journeys which try to make it look like she is being guided by God on her adventures, but the way they're shot makes it seem more like she has psychic powers. This turns some of the most powerful scenes laughable. I hope someday that a truly great movie will be made of Tubman's life, but this is not that movie. — Forest Taylor