Hillary Clinton and Donald Trump squared off for the first time. Here are a few key takeaways.

The first presidential debate of 2016 is now in the books. "Surreal" was a word that kept being repeated during the post-debate coverage, and for good reason. Moderator and NBC anchor Lester Holt tried his best to hold it together, but it wasn't long before things went slightly off the rails. Republican presidential candidate Donald Trump was his usual blustery self, often interupting Democratic nominee Hillary Clinton. Clinton got in a few good jabs of her own as well. Despite pleas from Holt, the crowd at Hofstra University errupted in fits of applause several times for each candidate.

In the aftermath, little ground was won for either side. No clear winner was crowned, with both sides spinning it in their favor.

Throughout the night, we were there to give our commentary. Contributing Editor, Jim Wertz took to twitter to highlight a few notable takeways, as well as provide his own insights and biting reactions. 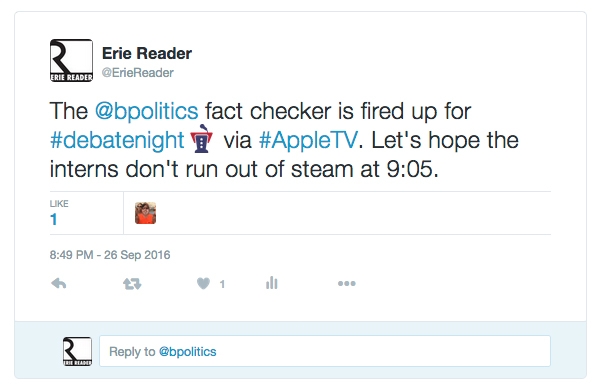 The @bpolitics fact checker is fired up for #debatenight via #AppleTV. Let's hope the interns don't run out of steam at 9:05. 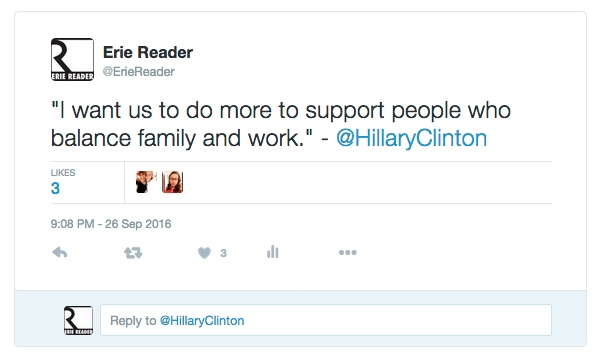 "I want us to do more to support people who balance family and work." - @HillaryClinton 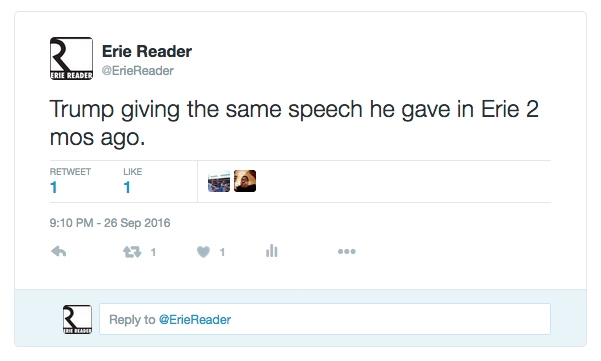 Trump giving the same speech he gave in Erie 2 mos ago. 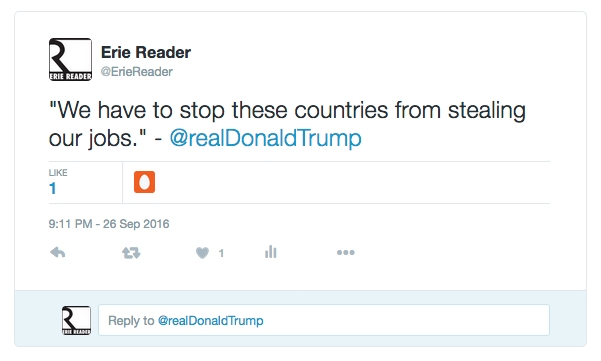 "We have to stop these countries from stealing our jobs." - @realDonaldTrump 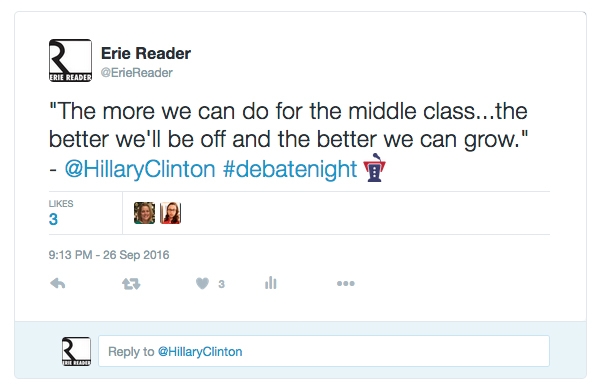 "The more we can do for the middle class...the better we'll be off and the better we can grow." - @HillaryClinton #debatenight 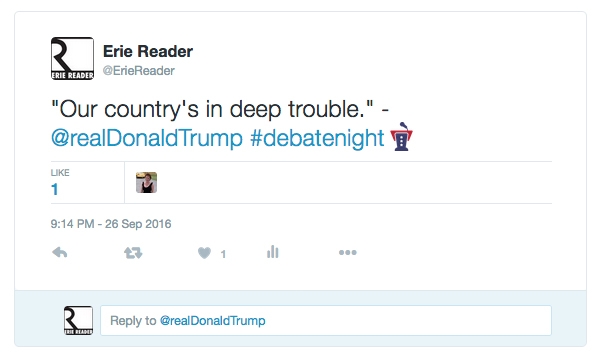 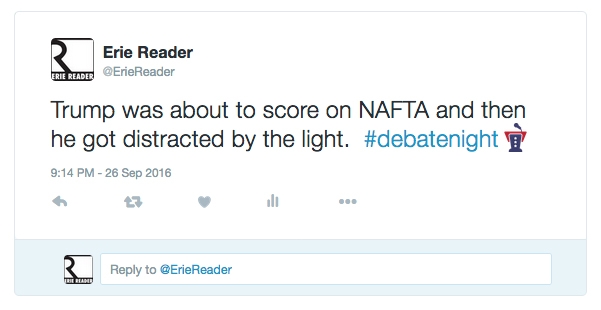 Trump was about to score on NAFTA and then he got distracted by the light. #debatenight 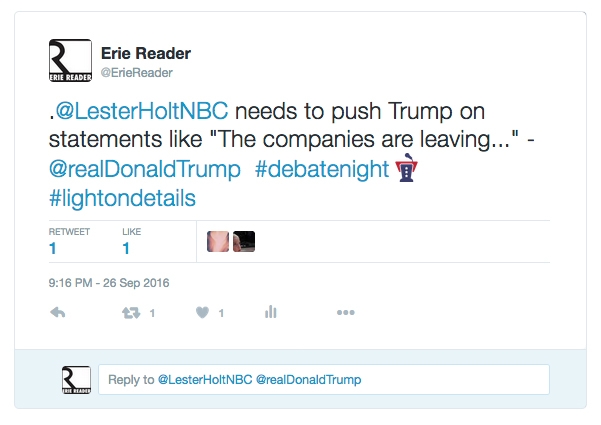 @LesterHoltNBC needs to push Trump on statements like "The companies are leaving..." - @realDonaldTrump #debatenight #lightondetails 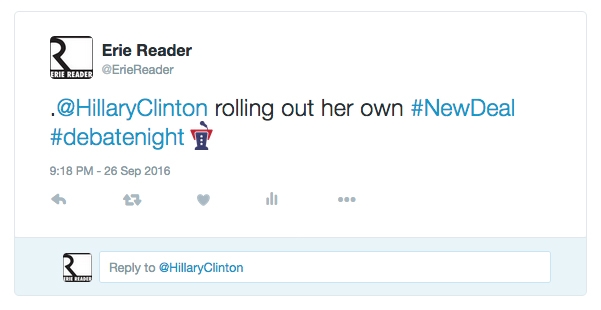 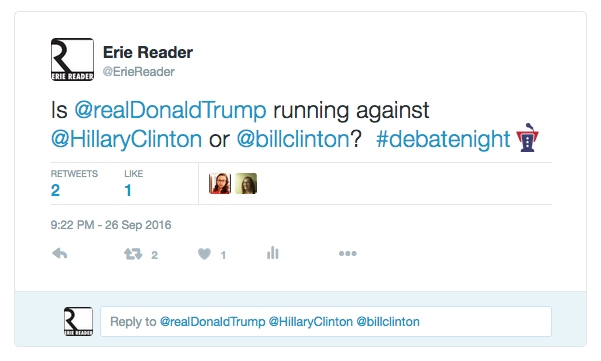 Is @realDonaldTrump running against @HillaryClinton or @billclinton? #debatenight 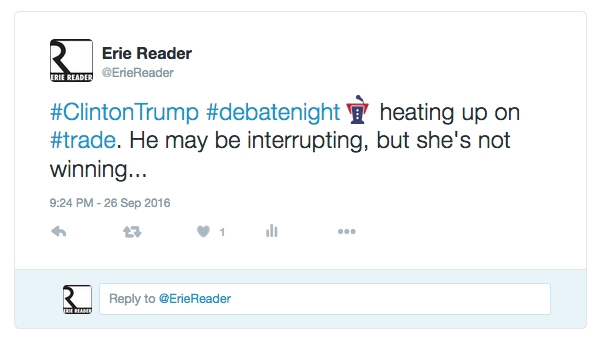 #ClintonTrump #debatenight heating up on #trade. He may be interrupting, but she's not winning... 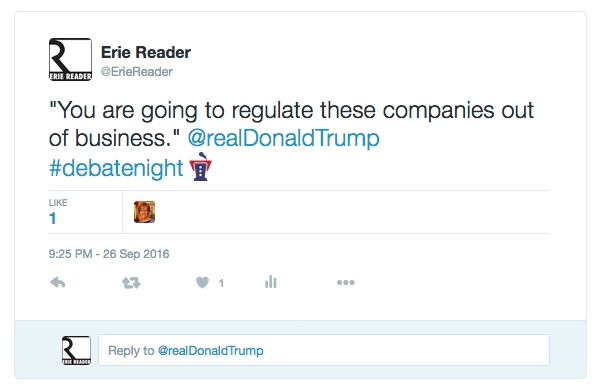 "You are going to regulate these companies out of business." @realDonaldTrump #debatenight 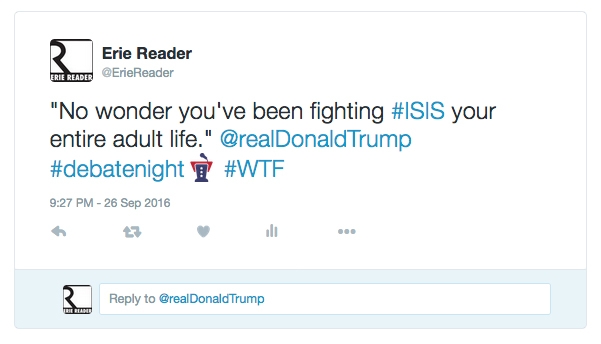 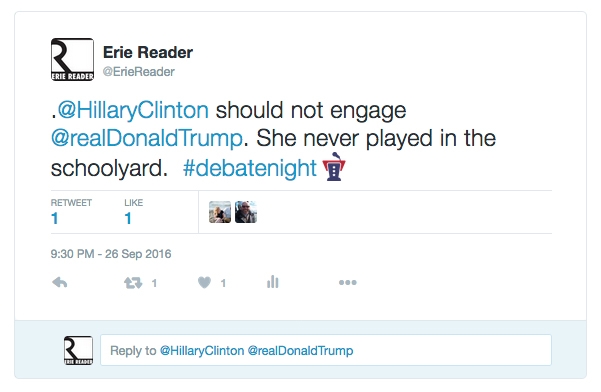 .@HillaryClinton should not engage @realDonaldTrump. She never played in the schoolyard. #debatenight 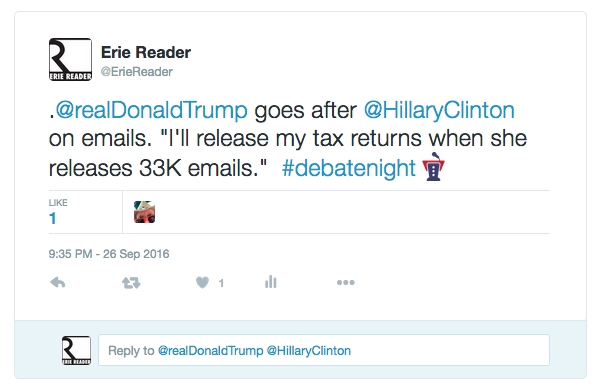 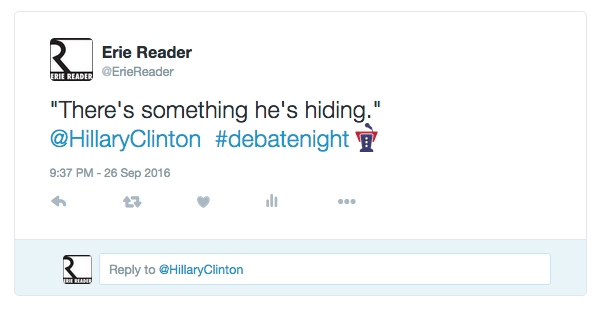 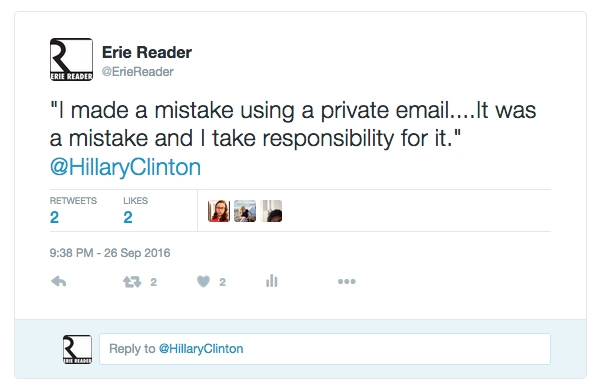 "I made a mistake using a private email....It was a mistake and I take responsibility for it." @HillaryClinton 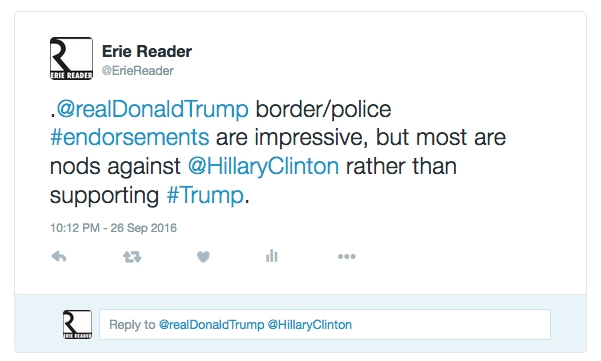 .@realDonaldTrump border/police #endorsements are impressive, but most are nods against @HillaryClinton rather than supporting #Trump. 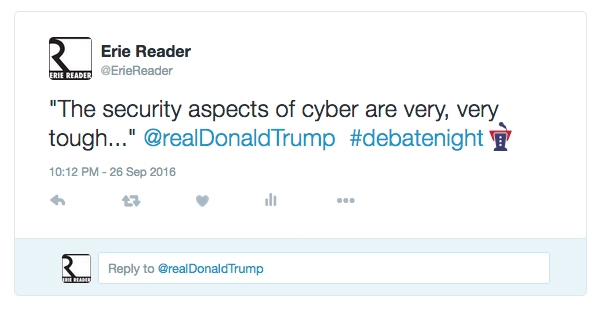 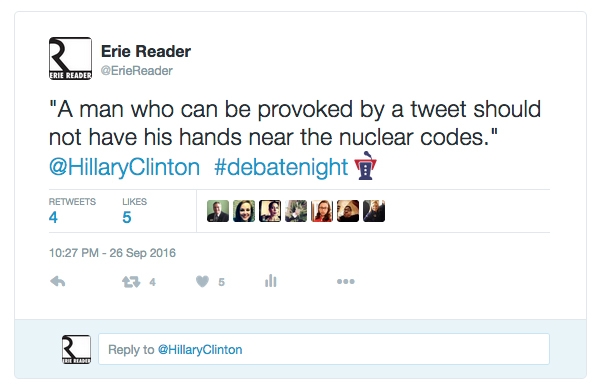 "A man who can be provoked by a tweet should not have his hands near the nuclear codes." @HillaryClinton #debatenight 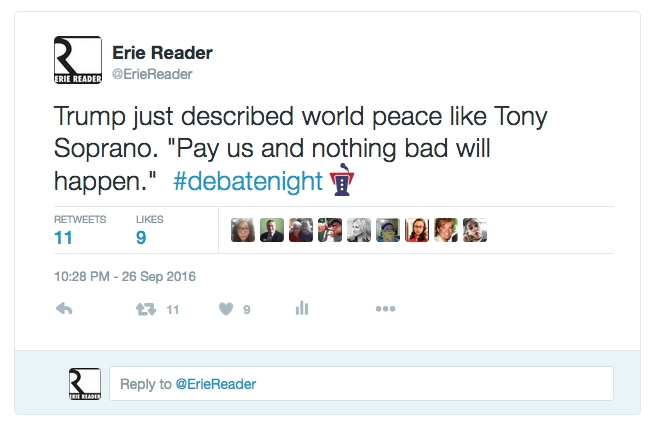 Trump just described world peace like Tony Soprano. "Pay us and nothing bad will happen." #debatenight 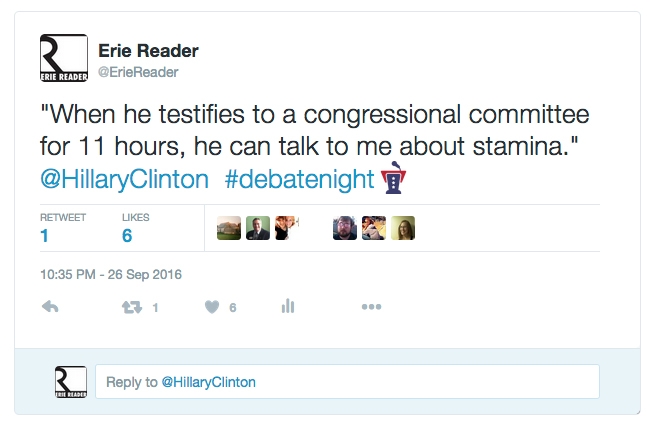 "When he testifies to a congressional committee for 11 hours, he can talk to me about stamina." @HillaryClinton #debatenight 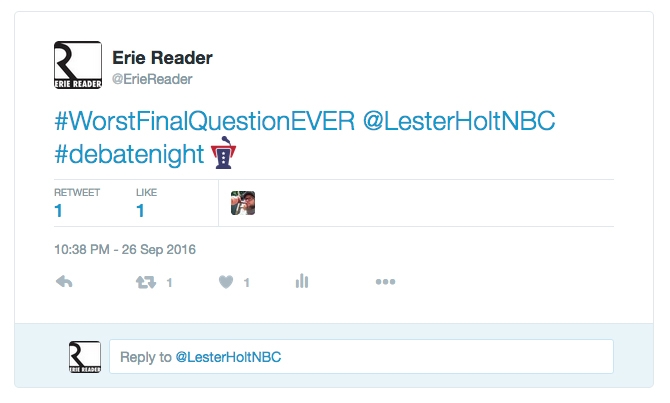