The Republican presidential nominee stopped in at the Erie Insurance Arena 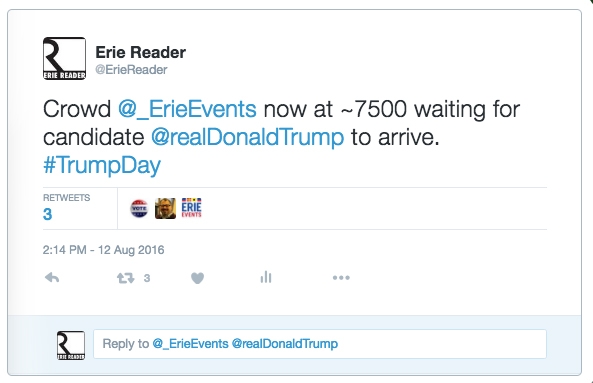 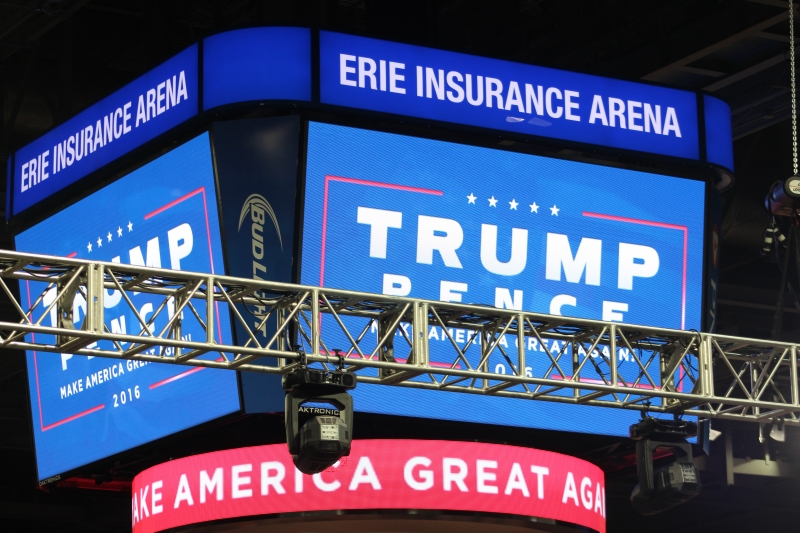 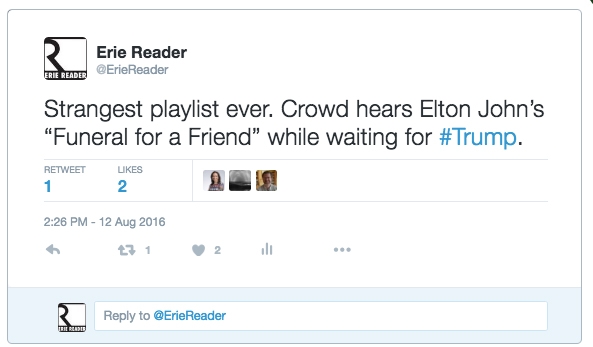 Strangest playlist ever. Crowd hears Elton John's "Funeral for a Friend" while waiting for #Trump. 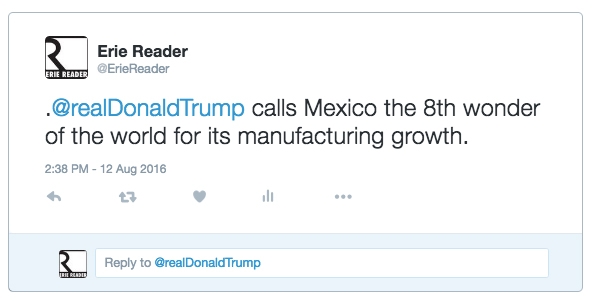 .@realDonaldTrump calls Mexico the 8th wonder of the world for its manufacturing growth. 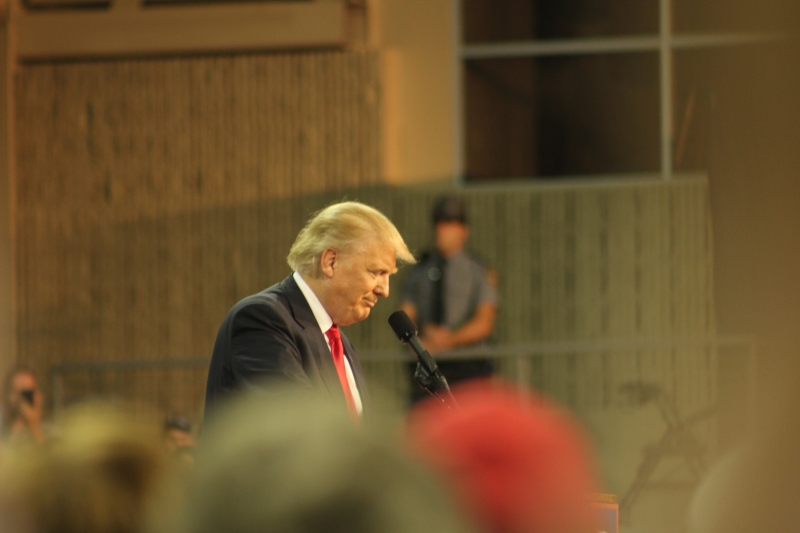 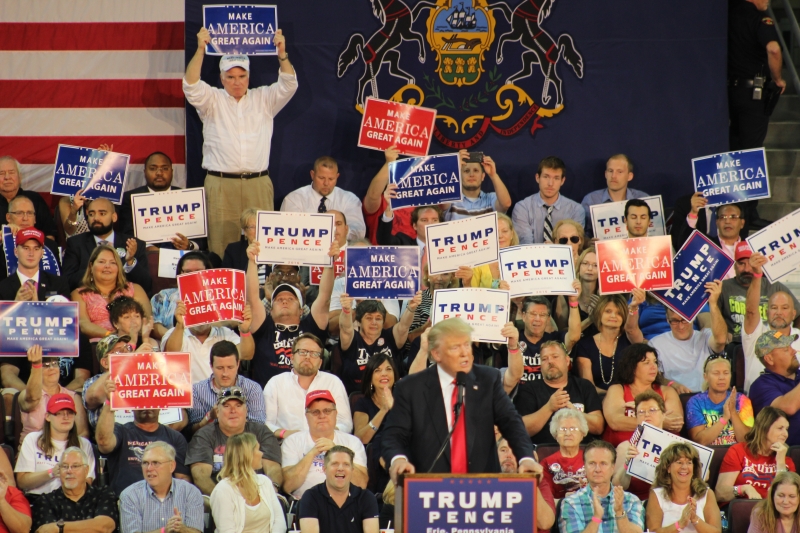 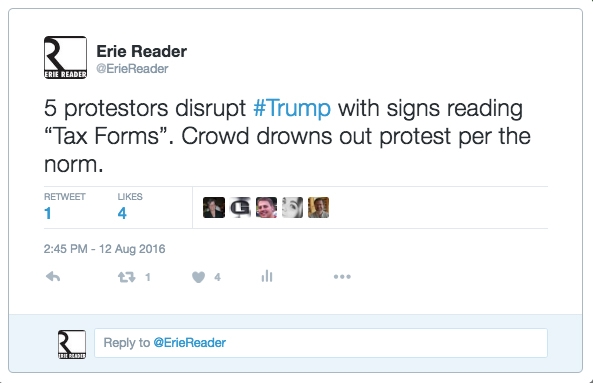 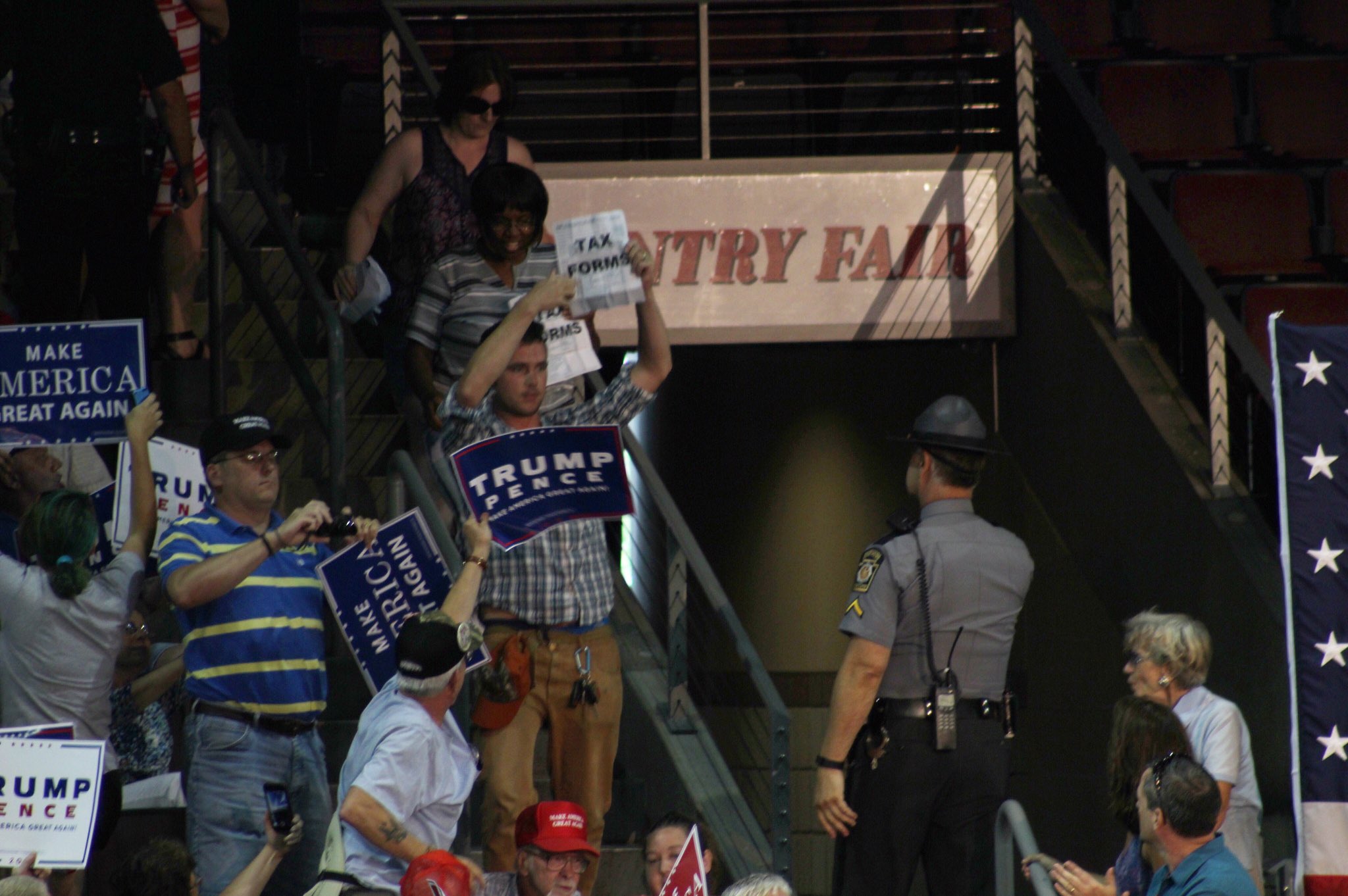 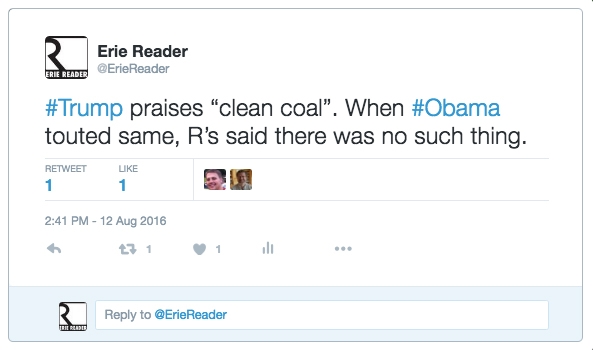 #Trump praises "clean coal". When #Obama touted same, R's said there was no such thing. 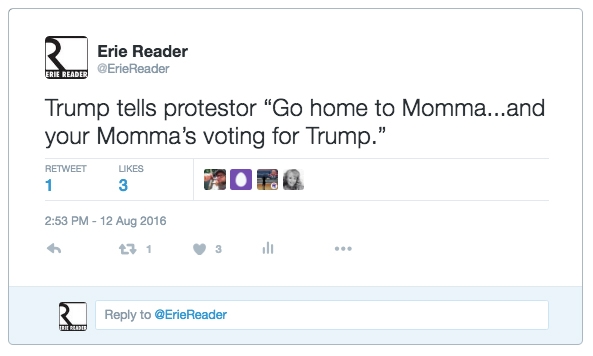 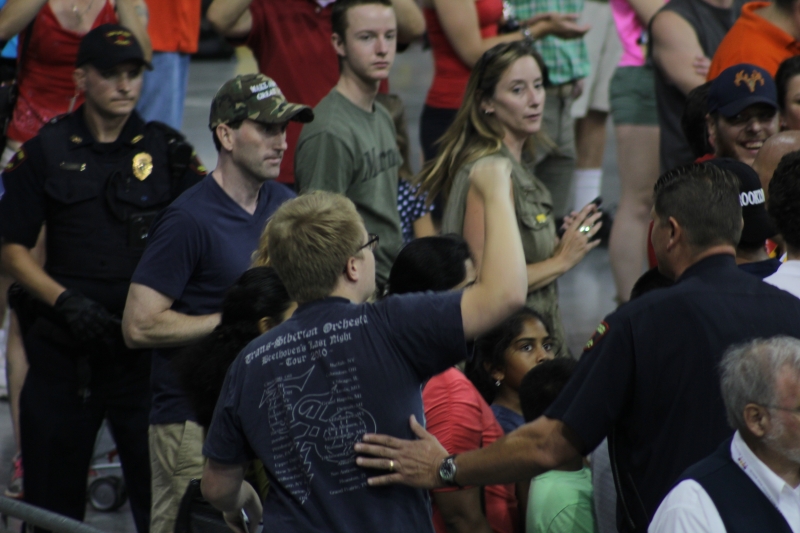 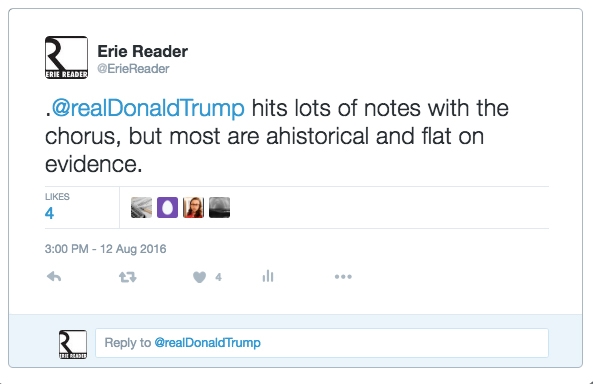 .@realDonaldTrump hits lots of notes with the chorus, but most are ahistorical and flat on evidence. 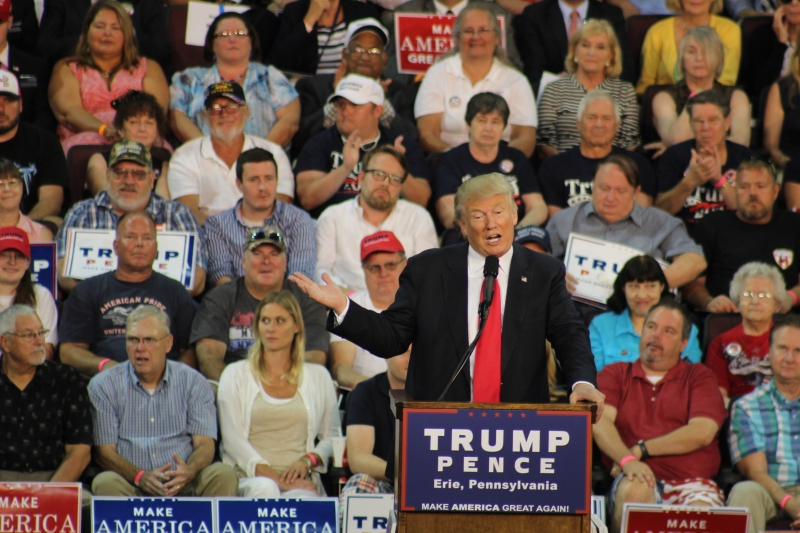 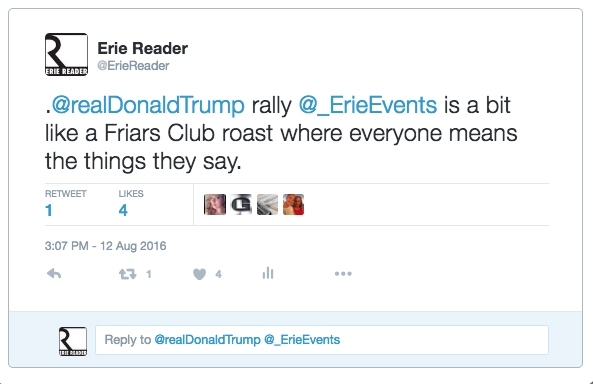 .@realDonaldTrump rally @_ErieEvents is a bit like a Friars Club roast where everyone means the things they say. 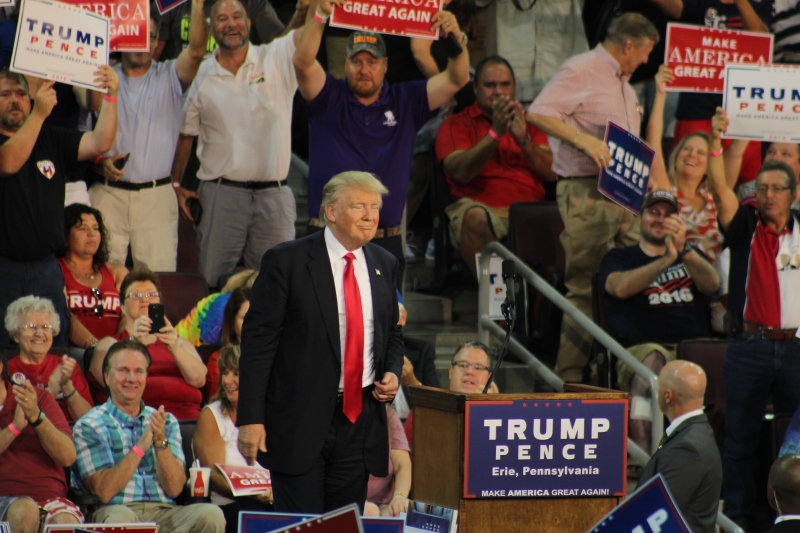 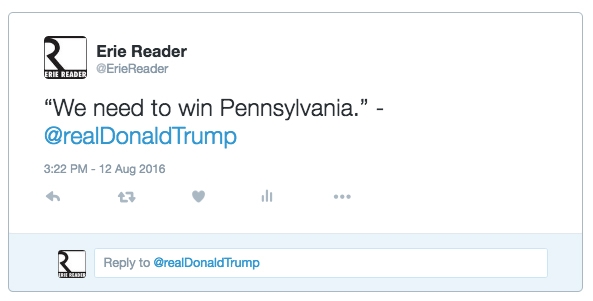 "We need to win Pennsylvania." - @realDonaldTrump