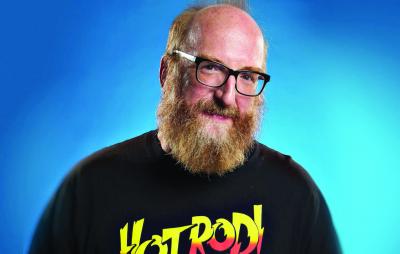 Comedian Brian Posehn has been a nearly omnipresent face in Hollywood for years, and an unforgettable one at that. Standing at 6'7" he's almost never without his trademark black frame glasses and thick beard. He's also become one of the most defining voices for nerd culture in decades, and it's essentially because he's being true to himself. A lifelong fan of comic books and heavy metal music, Posehn has carved out a voice by simply loving what he loves, and diving in deeply and unrepentantly into it to get to his punchline. In addition to being an experienced stand up comedian — famously appearing in the 2005 tour documentary The Comedians of Comedy with Patton Oswalt, Zach Galifianakis, and Maria Bamford — he's an actor who is constantly working. Getting his start with guest spots on Seinfeld and Friends, he was a regular on the highly influential sketch comedy series Mr. Show with Bob & David in the mid '90s. He moved on to recurring roles in shows like Mission Hill, Just Shoot Me, and The Sarah Silverman Program, and more recently, widely popular shows like New Girl and The Big Bang Theory. Since 2012, he has hosted the podcast Nerd Poker (formerly on the Earwolf network but now available on Libsyn), one of the earliest and most high-profile Dungeons and Dragons-based podcasts, now a widespread premise for many shows. He released a metal album in 2006 on Relapse Records featuring Scott Ian of Anthrax among other special guests, and wrote a 45-issue run on the Marvel comic Deadpool as well. Always staying true to his favorite things, his latest offering is a 294 page memoir titled Forever Nerdy: Living my dorky dreams and staying metal that came out in October of this year. — Nick Warren