An undisputed progenitor of the now popular American jam band scene, Lo Faber brings his roots to the Rook 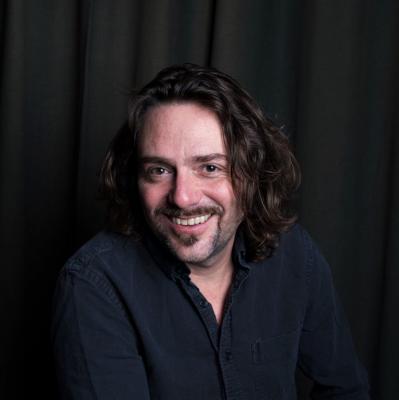 To say Lo Faber is one of the undisputed progenitors of the now-hugely-popular American jam band scene would be true — and, more than likely, enough to get plenty of people interested in checking him out when he comes through Erie.

The New Orleans-based multi-instrumentalist — a driving force behind '90s (and beyond) jam mavens God Street Wine — has stayed true to his roots, no doubt, but don't mistake that to mean he's just stayed comfortably planted in them.

On the contrary — Faber's continued to pursue a multitude of projects since the days of GSW, making sonic splashes alongside the likes of the Allman Brothers, Dave Matthews Band, Sheryl Crow, and G. Love & Special Sauce.

He's written two well-received rock musicals (Henry's House and Friday Night Freakshow), been involved in other projects including the Lo Faber Band and Ominous Seapods, and, oh yeah, he also went ahead and earned a doctorate in early-19th Century American History from Princeton University, and in recent years has served as the head of Loyola University New Orleans' music industry department.

It'd be easy — and correct — to say that Dr. Faber is a musicians' musician. But anyone who's ever gotten down to his jams knows that his sound's appeal is far more universal.

See, hear, and feel that for yourself when Faber appears at King's Rook Club. — Ryan Smith