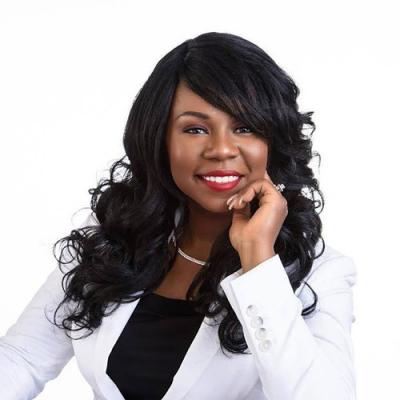 On Tuesday, March 14, Erie native Shawntá Pulliam will hold a book-signing event at Barnes and Noble for her book, Hell Bent, Heaven Bound.

In the book, Pulliam explains how she was able to overcome hardship and challenges in her life by trusting in God. Through her journey of faith, she moved "from the drug house to the King's house," as the book's cover reads.

"[The book] was a calling, a purpose for all that I've endured in life," Pulliam said. "I wanted people to know there's sunshine on the other side of their gloom."

She grew up in Erie with a mother who took drugs and without her father, who was incarcerated for most of her childhood. As a result, much of the responsibility of raising her younger siblings fell on her, which took quite a toll.

She got into fights at school and was ultimately expelled, then attended a reform school. When she put her problems aside and focused on her education, Pulliam excelled, but she hadn't healed emotionally.

At age 21, she had a breakdown, the result of everything that she had previously avoided addressing. In her one-bedroom apartment in the projects, she finally dealt with all her built-up emotion and rededicated herself to God.

Now Pulliam's life is drastically different. She is the founder and president of Nurturing Hearts, a non-profit that builds supportive leadership and life skills for at-risk girls ages 10 to 18. She's also the owner of Shawntá Pulliam Arise, a business that offers programs and workshops with the goal of motivating and inspiring people to better themselves and to find their way beyond obstacles and hardship.

When she decided to share her story, it only took one year to finish writing.

"Everything flowed, like the tears flowed down my face," Pulliam said. "There was so much that I needed to say."

Later this year, Pulliam will be featured on the Christian Television Network's It's Time with Herman and Sharron, and in April, she will speak alongside Les Brown, a renowned motivational speaker, who has been her valuable mentor. In her spare time, she is writing a second book. – Tracy Geibel