Lorde's Melodrama, blooms with literal and metaphorical colors that Lorde has not allowed herself to show until now. 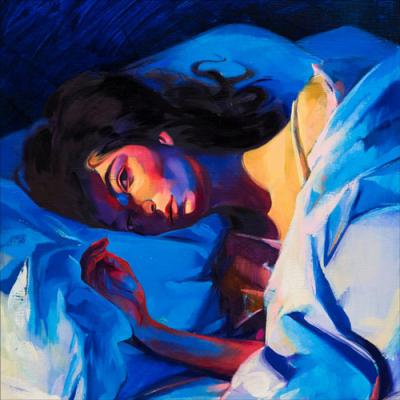 In September 2013 (my freshman year of college), Lorde released Pure Heroine, a debut filled with gloomy, minimalistic pop poised to stretch the genre and dominate both Top 40 and college radio. Things have changed in the past four years; I've since graduated and witnessed a new school of pop artists following in Lorde's footsteps, and still, she's kept us waiting to see what she would conjure up next. The result, Melodrama, blooms with literal and metaphorical colors that Lorde has not allowed herself to show until now. Melodrama explores young love through the lens of a house party, and with just as much spontaneity as one. Over 11 tracks, Lorde yelps and croons over piano, soundscapes, and distorted pop fuzz all courtesy of producer Jack Antonoff (Bleachers, fun.). "Green Light" is a bonafide summer anthem that bursts with unbridled energy, but the real gems lie deeper within the album – explosive tracks like "Homemade Dynamite" and ballads like "Liability." The lyrics are overbearing at times, almost to the point of distraction, but in the words of Lorde herself, "I guess that comes with the territory of making an album called Melodrama."