LVL Up // Return to Love

It's impossible to overstate how perfectly Return to Love opens. 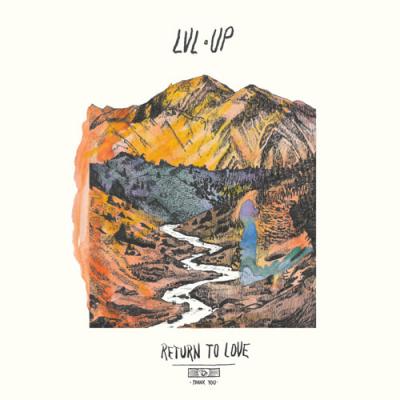 It's impossible to overstate how perfectly Return to Love opens. "Hidden Driver" is one of most severely addicting tracks of the year, filled with a holy radiance brilliantly stolen from the Neutral Milk Hotel and the Thermals. The album shifts gears from guitarist Dave Benton's Jeff Mangum impression to guitarist Mike Caridi's excellent Built to Spill flavor (Benton and Caridi also happen to run the label Double Double Whammy). "Spirit Was" showcases bassist Nick Corbo's J. Mascis-meets-Stephen Malkmus tone. It's not as if the band feels disingenuous, eliciting such comparisons from other acts. LVL Up is on the same, well, level. They're not hiding it, either. You can find a Spotify playlist from the band unceremoniously titled, "Bands that Influenced Return to Love." Aside from drummer Greg Rutkin, every member is an active songwriter unto himself. The fact that the band has three different singers goes relatively unnoticed. Even after multiple listens, it all still feels like a product of the same voice. This is LVL Up's third full length, and one that almost didn't happen, as the restless band almost split before signing to Sub Pop. Thank goodness they stayed together. – Nick Warren