Naturally, a bit of a breakup album, with feet planted equally in camps of self-pity and healing 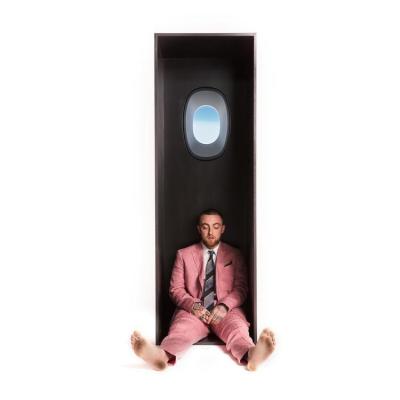 To Mac Miller's credit, the Pittsburgh-born hip-hop artist has come along way from the frat-rap he came in the late 2000s (as referenced on "2009"). In fact, just when it seemed like many had forgotten the substance-fueled party rapper, he surprised everyone with a newfound seriousness on 2015's GOOD A.M., and ever more so on 2016's stellar The Divine Feminine. Despite having flirted with most of these textures and techniques on various EPs and mixtapes of the past, it seemed Miller had transformed himself into an artist with something to say overnight.
It's no secret that at the center of this transformation was Miller's widely-publicized relationship with pop superstar Ariana Grande — a relationship that dissolved earlier this year. Swimming is, naturally, a bit of a breakup album, with feet planted equally in camps of self-pity and healing. Unfortunately, what sets Swimming apart from its sleeper hit predecessor is its experimentation with sonics and Miller's vocals. As a singing voice only, Miller could never make himself a household name, but he was capable enough to craft unique hooks in the past. Here, Miller mostly sounds off-key throughout, from lethargic single "Self-Care" to the abrasive flow of "Small Worlds." — Aaron Mook