Madball Sets it Off at Sherlock's 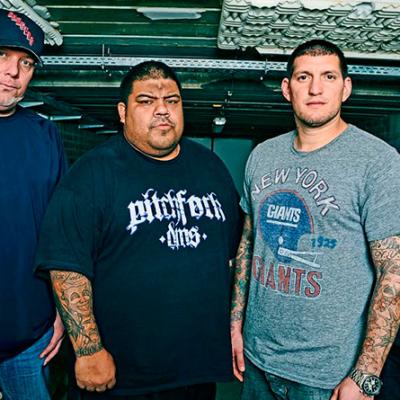 Madball was a pivotal band in the 1990's hardcore scene, being one of the bands that helped give hardcore a heavier, more metal influenced sound, which is a staple of the scene even today. The 1994 release Set It Off will go down as a seminal album in the annals of hardcore history.

Locals on the bill are Human Animal, an Erie hardcore supergroup made up of members of former Erie bands like Brother's Keeper, Disciple A.D., and Shockwave. Also on the bill are Erie's straight edge kings, xRepresentx (the irony of a straight edge band playing in a bar is not lost on this writer), and Livid Life, the newest band to carry the Lake Effect Hardcore torch. This will be Livid Life's debut performance, so expect to be handed a demo CD at some point during the show. — Tommy Shannon