From Broadway to Erie, Tony Award winner to perform at Mercyhurst 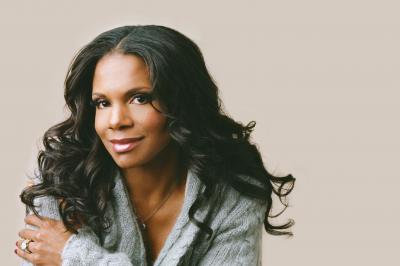 If you happened to catch the Tony Awards in 2016 (at the height of the Hamilton craze), perhaps another moment caught your eye. During the cast performance for Shuffle Along, or the Making of the Musical Sensation of 1921, a certain Broadway mainstay was absolutely killing it, light on her toes, exuberantly belting — and doing it all in heels, while roughly four months pregnant.

That superstar virtuoso was Audra McDonald, and this 25+ year veteran of stage and screen is coming to the Erie's Mary D'Angelo Performing Arts Center for an evening of unparalleled artistry.

"Audra McDonald is unquestionably one of the most acclaimed and consummate singers of our generation, and we're thrilled that she's coming to Mercyhurst," said Brett Johnson, director of the Mercyhurst Institute for Arts and Culture.

McDonald had already won three Tony Awards by the age of 28, and the versatility of her body of work over the span of her still-thriving career is a testament not only to once-in-a-lifetime talent, but discipline, daring and strong faith in oneself. The audience will be treated to a program which highlights her vocal achievements, and which "will feature songs from the great American songbook, including selections from her recent live album, Sing Happy," according to Johnson. Joining her onstage will be Brian Hertz on piano, Mark Vanderpoel on bass, and Gene Lewin on drums.

Fans of Broadway — perhaps one or two of you remembers practically wearing out the sublime, and now more timely than ever, Ragtime cast album in the late '90s — will be undoubtedly transported, but according to Johnson — and anyone who has stood in the presence of a truly gifted talent — you needn't be a musical theater fan in order to appreciate the magnificence of McDonald's artistry. — Cara Suppa

Pull Up a Chair for the Erie Front Porch Festival

Our First Time: The Importance of the Erie Playhouse to Those on Stage