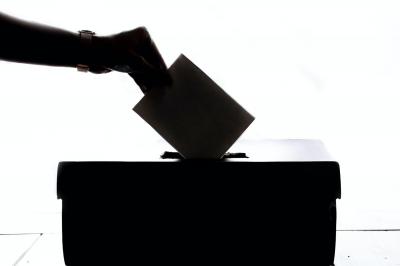 On the evening of June 1, Pennsylvania Governor Tom Wolf signed an executive order to extend the deadline for mail-in and absentee ballots to Tuesday, June 9.

In a press release from Wolf, he explained that "while the vast majority of counties have been able to process their applications and mail their ballots, the volume of applications in the six counties caused by the COVID-19 crisis combined with the recent civil disturbance make it necessary to extend the deadline for the counties to receive completed civilian absentee and mail-in ballots." He cited "curfews, travel restrictions and other unforeseen circumstances" making returning ballots more difficult. "The extension will help to ensure that voters in those counties are not disenfranchised through no fault of their own," Wolf stated.

The deadline to drop off ballots to the Erie County Courthouse remains at 8 p.m. June 2. All ballots must be postmarked by June 2, arriving no later than June 8. According to Erie County, "ballots received after 8 p.m. on Tuesday, June 2, shall be segregated from all other mail-in and absentee ballots."

Election Board Chairman Carl Anderson, III noted that "the Election Board extends its gratitude to the Governor for his consideration of the undue burdens that have affected this election period. The Election Board encourages all voters to return their ballots tonight or have them postmarked and mailed today."

"This extension will be very helpful to those people who mailed their ballots late," said PA State Representative Mary Rennie. "At the same time, it is important to realize final results will be held up until Wednesday of next week."

In a press release from Wolf, he stated that "This is an unprecedented time for Pennsylvania and our nation as we face a major public health crisis and civil unrest during an election." He went on to say that "voting is the cornerstone of our democracy and I want to ensure that voters can cast their ballot and that it is received in time."