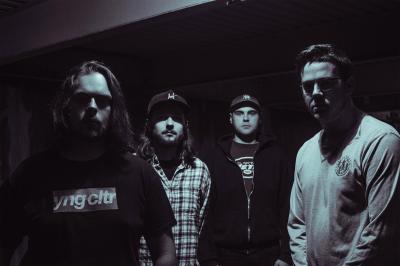 Since their last EP was released in 2018, Mallory Run has kept busy, making a name for themselves in the local music community. After April of last year, Mallory Run headlined a show at PACA, with performances alongside Young Culture and many others. In their time off, they have been diligently working on their music.

"We've been writing and dealing with some changes, both of which has taken a lot out of us," said Dan McClune, Mallory Run's vocalist. "Two of us are full-time students, so we've been doing that and trying to finish up as quickly as possible, which is a very stressful process."

Originally formed in Edinboro in 2012, Mallory Run is an emo/alternative rock/post pop punk band made up of members Dan McClune,  Tommy Lipo, Joe Kotala, and Albert Kotala. They released their new single "Blind" Friday, recently. McClune said fans can expect a fresh sound for the band. Knowing fans will also recognize the setting, below the Edinboro Dam, where the band takes their name from.

"They can expect a new, fresher sound from us, while still being able to recognize the elements of Mallory Run that makes us who we are," McClune said.

Mallory Run's past EP Spin grew in popularity with its gritty, to-the-bone sound layered intricately with catchy riffs and a steady beat. What continues to set Mallory Run apart from other musicians in Erie is their take-it or leave-it attitude.

"I think we just have been doing it so long that we aren't trying to be something that we are not," McClune said. "We are going to give you exactly who we are and leave everything out there, whether it's in recorded music or in a live show."

The band also released another video for the single, "A Cold Place" in September.

To hear more, go to malloryrun.bandcamp.com/