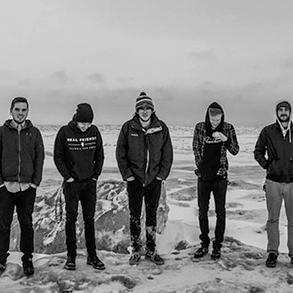 Mallory Run plays a style that can sometimes be hard to define. Some may call them Emo with a dash of Punk, or vice versa, some might still call them Pop Punk from their pre-hiatus days in 2013, while the band describes themselves as "slow mosh." But what isn't hard to define is Mallory Run's status for the past several months as one of the most hyped bands in the Erie scene. And on March 5, the band is finally releasing their self-titled EP at Basement Transmissions.

The five song EP features two singles, "Simple Times" and "Bedrot," which carry a significantly more somber texture than their former straightforward Pop Punk style, weeding out The Wonder Years' influence and replacing it with the likes of Citizen and Balance & Composure.

Filling out the bill are Logan's Star Pupil, a Pittsburgh-based band who recently finished a weekend mini-tour with Mallory Run, Frame and Mantle, GNOSiS, and VWLS (pronounced Vowels), all from Erie. – Tommy Shannon