How better to celebrate Friday the 13th than with an album release? 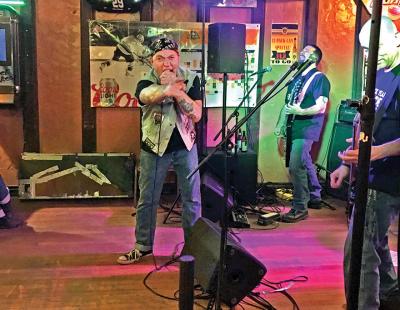 Erie's seedy underground punk community is celebrating the release of one of their premier bands' new albums, and what better time than on Friday the 13th?

Maniacal Device is set to drop their latest and highly anticipated album on 10" vinyl, aptly named Analog Revenge, through local label Presque Isle Records. The band's crossover thrash-punk style in the vein of Municipal Waste-meets-Suicidal Tendencies has persevered throughout every release, and their fans can likely expect the rapid-fire songwriting approach that they've come to know and love on this new record.

Filling out the bill for the evening are fellow Erie punk rockers Mala Sangre, new Erie metalheads Save Yourself, and Buffalo hardcore punks from Pure Heel. In addition to the bands and keeping with the spirit of a vinyl record release, DJ Stephen Maynard will be spinning classic metal and punk vinyl records in the lounge area between performances. — Tommy Shannon