March of the Android

Google's Android TV has promise, but will it win our hearts? 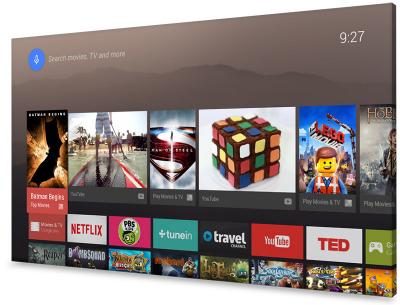 Google TV failed. No one wanted to pay for a television that provided access to something they already had: apps and internet.

In 2011, Google CEO Eric Schmidt told a tech audience in Paris, "By the summer of 2012, the majority of the televisions you see in stores will have Google TV embedded."

Schmidt couldn't have been more wrong.

Consumers have Apple TV, Roku, and any number of game consoles that stream or deliver on-demand content. They get each of these for the price of the box or a dongle without having to pay for a new television.

What a novel idea.

So last week Google attempted to rebound in this niche market with the roll out Android TV. Seemingly an answer to technology it already delivers through Google Chromecast, Android TV will connect users to apps and video content through the HDMI port on any HDTV.

In an age where mobile has become the message, it's interesting that the company that works hard to drive us to our palms is trying reach us in front of our televisions. But then again, it's where we live.

And despite the popular myth of multitasking that most Americans embrace in defense of their second screen activities, it appears that most people still prefer to segregate their tv viewing and internet activity.

So we'll wait for the critics and consumers to review Android TV, which bares a strong resemblance to Apple TV in form and function. This is, after all, part of a larger race to get consumers to commit to a single platform.

For those of us married to Apple and moonlighting with Google, this could be the boon Eric Schmidt was looking for.