Disney classic screens at Warner in the most delightful way 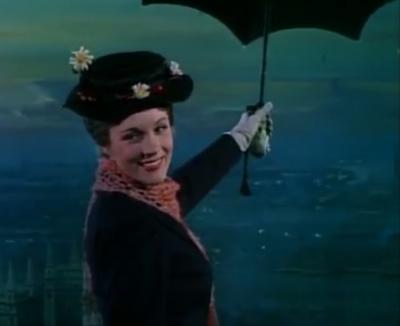 The Erie Philharmonic is returning to the world of film music with the classic 1964 Walt Disney film Mary Poppins. The film will be presented in high definition on a large screen at the Warner Theatre while the orchestra plays with the film.

"In April, the most supercalifragilisticexpialidocious Mary Poppins comes to Erie on a huge screen, high-definition projection of the original film," teases the Phil in its promotional materials. "Don't miss all of the original moments you love, with the Erie Philharmonic performing the score in real-time, live, synchronized with the film. If you've experienced our recent film productions like The Wizard of Oz, Casablanca, or E.T., you know what a wonderful way this is to rediscover a classic film or share with someone you love for the first time."

The film features music from Richard and Robert Sherman, who worked with the Walt Disney Company after being discovered by Disney himself and would go on to compose songs for The Jungle Book, Winnie The Pooh, Bedknobs and Broomsticks, and The Aristocats, along with Snoopy, Come Home, Chitty Chitty Bang Bang, and the 1973 film adaptation of Charlotte's Web. The brothers also composed music for the Disney theme parks, including "It's A Small World," "The Tiki, Tiki, Tiki Room," and "There's a Great Big Beautiful Tomorrow."

Mary Poppins, starring Julie Andrews and Dick Van Dyke, was released on Aug. 27, 1964 by Walt Disney Pictures. The critically acclaimed film won Oscars for Best Actress, Best Sound Editing, Best Score, and Best Song for the work of the Sherman Brothers and Irwin Kostal, and Best Special Visual Effects, along with a nomination for Best Picture. A sequel was released in 2018, with Emily Blunt taking on the titular role.