Maybe it's Time to Kickstart Erie

Erie isn't afraid to invest in food and films – what about government? 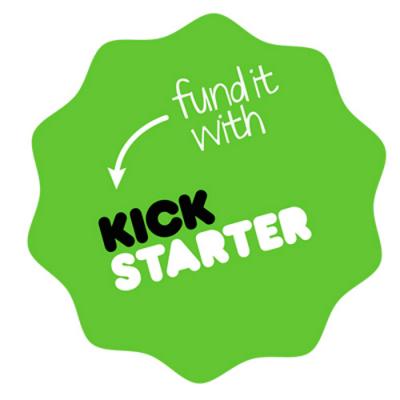 Online crowdfunding platforms in the 21st century, in case names like Kickstarter or Indiegogo aren't yet in your lexicon, act as matchmakers between a person with a project and a brand campaign targeting Internet masses with capital. As Indiegogo puts it: "Whatever your dream, make it happen on Indiegogo." So it's like eHarmony or Match.com – without the potential for awkward goodbyes.

Crowdfunded dreams looking to become realities are as diverse as their contributors – as are the means and methods of contributing. But commonalities exist.

That is, pitches feature the dreamer explaining the dream, giving various reasons folks should invest in it. These often include incentives, like T-shirts, bumper stickers, or free stuff galore. Those incentives create a richer feeling of investment while also benefiting the dreamer-made-actualizer. A T-shirt becomes a walking billboard. A free DVD means a screening party. A meet-and-greet turns into a networking opportunity.

Online crowdfunding is working, and Erie isn't an exception.

Take Like My Thai, for example. Once just a pop-up restaurant, Mike and Elisabeth Augustine's business achieved brick-and-mortar status after a successful crowdfunding drive in 2014.

More recently, local award-winning filmmaker John C. Lyons turned to Kickstarter to fund a horror film project that examines the impact of hydraulic fracturing on communities and the environment. It both exceeded its goal and made it onto Indiewire's "Project of the Week" ballot – ultimately coming just ten votes shy of winning.

And in case food and film aren't your dream du jour, All Aboard Erie, a high-speed rail advocacy nonprofit, met its funding goal within three hours of launching its campaign. Like Lyons' Unearth, All Aboard Erie left the funding timeline in place and are still notching contributions.

In an interview with APM's Marketplace, Northwestern University Professor Elizabeth Gerber, who's studied crowdfunding, identified four primary reasons people give: a reward system (no surprise: we like getting things for doing things); a connection to someone seeking donations (no surprise: we like helping our friends and their ideas); being part of a group or movement (trends are, well, trendy); and (perhaps most basic), "support[ing] efforts analogous with [our] beliefs."

The risk in projects failing to meet their goals can catalyze those already invested and mobilize stronger initiatives to ensure the project succeeds. That is, if you're invested, you want to see the project happen. So you become an ambassador, campaigning for its success, and canvasing social media platforms with your support so that you can don that walking billboard.

More importantly, transparency and communication together simplify the conversation and make crowdfunding work: Streamline the message (videos are often short and to the point) and broadcast far and wide (hello, social media and mass emails!).

So why not crowdfund local government?

If you think that's crazy, consider how Central Falls, R.I. – which had to declare municipal bankruptcy – launched a Kickstarter-esque campaign to beautify its landmark park. Through the typical channels – videos, social media, emails – it raised $10,000 toward new trash and recycling bins, which were then designed by local artists as part of a public art initiative. It was a good step on the road to financial recovery with invested citizens paving the way.

This isn't just a small-city's game. Philadelphia raised capital for a youth garden program. Denver in-part crowdfunded a mile-long protected bike lane. The question "Can crowdfunding save local government budgets" is even a topic of panel discussions at venues like SXSW.

And where there's a will, there's a business. Websites like Citizinvestor, ioby, and Neighbor.ly have stepped in to provide ready-made platforms for community-based crowdfunding endeavors, and civic crowdfunding is reaching critical buzzwordian mass.

"What's interesting about crowdfunding is that when you give money, you're not just giving money and the exchange is over, the relationship lasts," Gerber told Marketplace. "So the content creator will keep you engaged in a way that you wouldn't otherwise."

The transparency, communication, and engagement of crowdfunding make it attractive. If the same principles were applied to government-funded initiatives – hell, even proposed budget increases – elected officials just might see people more thoughtfully engaged and invested in any conversation surrounding taxes because those giving would be better connected to those asking.