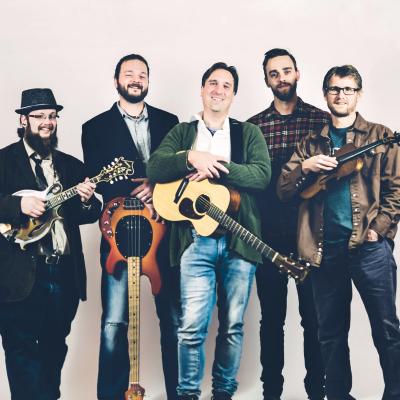 It's quite probable that you know Tyler Smilo already, and his indie-folk group the Ghost. Perhaps too, you've heard of — but not yet seen — the popular Jamestown bluegrass outfit The Probables.

There's a link between these two bands in the form of a tenor-voiced mandolin player (and one of the nicest guys you could meet), Adam McKillip.

In addition to McKillip, there's a shared feeling of rootsy American string music shared by both bands, happily fitting with the timing of the show on Earth Day.

In what should be a lively show, Smilo and the Ghost (also featuring the wonderful Jassen Wilber on bass and Dominick DeCecco on banjo) released their latest album  Fingers Crossed and Godspeed in 2021, and have plans to release a live album later this year.

In 2021 the Probables (who got their name while indecisively booking a slot at Great Blue Heron) released the  Lost in Circles EP, their third official release after forming in 2018.

Will it be a good time? Definitely.

The Probables, Smilo & The Ghost