Mercyhurst's Dracula Promises to be a Bloody Good Show

Sink your fangs into this harrowing tale. 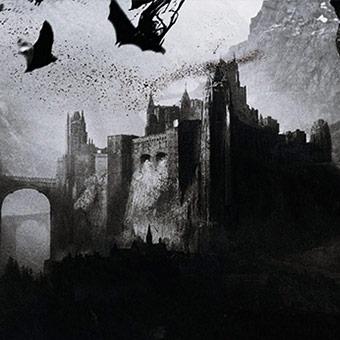 Count Dracula holds the distinction of the second-most frequently portrayed character in all of literature, behind Sherlock Holmes. On both the stage and the silver screen, there aren't too many veins left to tap into where Bram Stoker's 1897 novel is concerned. But the young and talented thespians of Mercyhurst University promise to infuse some fresh blood into the time-honored classic just the same.

On both the stage and the silver screen, there aren't too many veins left to tap into where Bram Stoker's 1897 novel is concerned.

Of the myriad theatrical adaptations over the past century, Steven Dietz's has been lauded as one of the truest to the source material. As in the novel, much of the story is presented through a series of bites – letters, journal entries, and newspaper clippings – as the protagonists track London's most troublesome undocumented immigrant. (Should have built a wall?) Mr. Dracula's genteel mannerisms and dignified fashion sense (capes add a measure of gravitas to any ensemble) belie a rather inconvenient (and very literal) lust for life. In an era straddling Victorian principles and journalistic sensationalism, Drac's hickies were not the kind so easily covered up.

Watch as Dr. Abraham Van Helsing and his intrepid crew of vampire hunters piece together the clues in an attempt to staunch the bleeding – not only of London, but also of the reputation of all ethnic Transylvanians. There will be five opportunities to sink your fangs into this harrowing tale, including a special midnight showing on Friday night. Plenty of time to visit your favorite Italian restaurant beforehand – just as a precaution. – Matt Swanseger