Actor, dancer, and singer-songwriter visits Mercyhurst for one night only 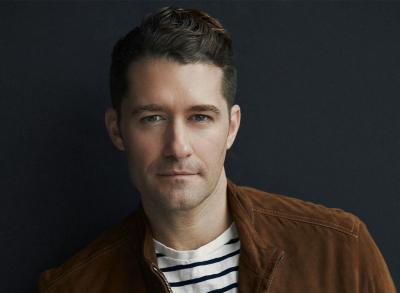 Be gleeful, Erie — Mr. Schue is coming to you.

Most famous for his portrayal of glee club director Will Schuester on the FOX musical comedy-drama series Glee, Matthew Morrison has proven one of contemporary musical theater's brightest stars — and again, the Mary D'Angelo Performing Arts Center has proven quite the Broadway observatory, bringing one giant into view after another.

The Mercyhurst Institute for Arts and Culture welcomes the handsome tenor for an evening of song this Thursday night, the penultimate event in its MIAC Live summer series. Born and raised in California, Morrison made his way to the East Coast after high school, attending New York University's Tisch School for the Arts for a couple years before dropping out. Not that it mattered all that much — he was already regularly performing on Broadway by then, most notably on a stage adaptation of Footloose.

He twice flirted with the boy band fad of the late '90s/'early '00s — once as part of David' Letterman's fictional fivesome Fresh Step and again as part of the commercial quartet LMNT — before saying "bye, bye, bye" and landing his breakthrough role as Link Larkin in the original Broadway production of Hairspray from 2002-04. A Tony award nomination for his work in The Light on the Piazza (2005), Drama Desk nomination for the Off Broadway production 10 Million Miles (2007), and critical praise for his interpretation of Lt. Cable in the Lincoln Center revival of Rodgers and Hammerstein's South Pacific (2008) followed.

A number of television guest appearances started trickling in over the same period, leading up to his signature role as Will Schuester on Glee from 2009 through 2015. Once that hit series and cultural phenomenon came to its conclusion, Morrison returned to the stage as J.M. Barrie in the 2015 Broadway production of Finding Neverland, for which he received another Drama Desk nomination. He's remained active on screen since then, appearing as a guest on The Good Wife and Grey's Anatomy and starring as Trevor in American Horror Story: 1984, among other things.

Multitalented and versatile, Morrison will share his gifts with the Gem City for one night only — and one that should prove excellent for stargazing.