MIAC hosts 'Women on the Verge of a Nervous Breakdown' 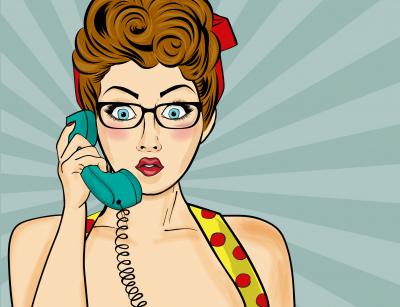 For Women on the Verge of a Nervous Breakdown, the sentiment that art is universal holds fast. The musical was adapted from a 1988 Spanish film, written, directed, and produced by Pedro Almodóvar. First performed on Broadway in 2010, the adaptation was written by Peabody Award-winning American author and screenwriter Jeffrey Lane. Adding to the diversity of the musical's inception, the original film plot begins with a scene based on a French play from 1930 where a woman tried to avoid a breakup.

Today, the film has a cult following, but the musical has made strides ... all the way to Taylor Little Theater in Erie. With music by David Yazebk — well known for his work on 2006's Dirty Rotten Scoundrels — the story follows women and the men who would like to be with them. Through rejection, love, loss and the finding of one another, the characters are memorable and comedic as they live through 1980s Madrid.

The production is put on by Mercyhurst Institute for Arts and Culture and will have four showtimes throughout the weekend, including evening events and a Sunday matinée. More details including exact times and ticket prices for this production (and others) can be found online. — Hannah McDonald

Mercyhurst UniversityTommy Little TheaterMIACWomen on the Verge of a Nervous Breakdown

Do Not Throw Away Your Shot at Seeing Leslie Odom Jr.